4: the number of titles up for grabs at the Dakar, including the motorcycle, quad, car and truck categories

9: the record number of victories at the rally, held by Stéphane Peterhansel with six wins on motorcycles and three in cars. Vladimir Chagin holds the record for the most victories in a single category, with seven wins in trucks

14: the number of racing days at the 2012 Dakar. Timed specials will be contested on each stage, from January 1 to January 15

27: the number of countries visited by the Dakar since its inception, with Peru making its debut this year

20, 3, 5: the age in years, months and days of the youngest competitor in the rally, Argentinean Lucas Bonetto (quads)

50: the number of nationalities present at the rally

71, 3, 19: the age in years, months and days of the oldest competitor in the rally, Francisco Claudio Regunaschi (cars)

133: the number of French competitors in the race, representing the biggest national group with 18% of the total

190: the number of countries where pictures of the Dakar will be broadcast, by a total of 70 TV broadcasters

260: the number of journalists following the entire rally, with 1,800 accredited members of the media (technicians, consultants, occasional visitors, etc.)

450: in cubic centimetres, the maximum permitted cylinder capacity for the engines of motorcycles taking part in the rally This is the first time that this limit is imposed on all the competitors

742: the number of competitors taking part in the race (pilots, co-pilots and mechanics)

980: the number of competitors participating as members of assistance teams

1,200: the estimated total hours of Dakar footage broadcast by TV channels from all over the world (based on 2011 data)

8,373: the number of kilometres covered between Mar del Plata and Lima, with 4,406 kilometres’ worth of special stages for motorcycles and 4,191 for cars

15,500: the number of carbon equivalent tonnes offset by the Dakar as part of the Madre de Dios project against deforestation, for a total sum of USD 200,000

302,703: the number of fans following the Dakar’s official Facebook page a few days before the start of the race

510,000: in dollars, the grant paid by the Dakar over four years to the Un Techo Para Mi País foundation, devoted to building emergency housing in South America

710,000: in euros, the amount dedicated over seven years to the Actions Dakar projects, which promote good environmental practices in eastern Senegal

5 million: the number of spectators who came to see the Dakar start, finish or pass by in 2011, in Argentina and Chile

73.5 million: the number of page views on the www.dakar.com website during the 2011 edition of the rally

280 million: in dollars, the direct and indirect economic windfall generated by the Dakar for Argentina, as estimated by a study conducted by this country’s government in 2011

1 billion: the number of TV viewers who watched pictures of the Dakar in 2011 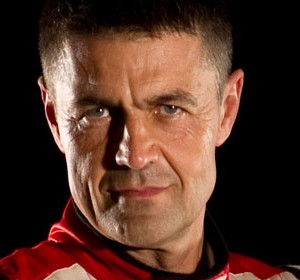 Arek Kwiecień / Terenowo.pl for Rallyraid.net: - Who will win The Dakar? Krzysztof Hołowczyc: - The best one! The best...
Copyright 2011-2016 Rallyraid.net - RISE Network. All Right Reserved.
Back to top