The Portuguese driver was one of the good surprises at the beginning of this race, achieving the best result ever of a Chinese team in this race and placing himself in the front group of the competition. Despite some lack of pace and not having full trust in the car yet, he was the sixth fastest to complete the 57 km of the first special stage of this Dakar edition, which is an excellent prelude to the Great Wall official driver’s aspirations in this Dakar 2012. 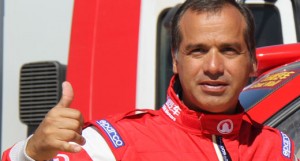 Overcoming his best expectations, Carlos Sousa guaranteed today the sixth best mark overall in the first stage of the Dakar 2012 and the best result ever of a Chinese team on the race, finishing the 57 km of the special stage this morning in 33m04s, in a very promising beginning for the official driver of the Team Great Wall Motors, who starts this edition exactly at the same position he finished his last participation in the race, in 2010.

He was the eighth car to start the first stage, which connected Mar del Plata to Santa Rosa de la Pampa, in a total of 820 km, from which 763 km were a liaison section. Carlos Sousa confessed to be “somehow surprised with the final result, since I don’t feel total confidence in the car yet and lacked some pace in the first kilometers. In this context, this result was a very positive surprise, in a stage of medium difficulty and already with very technical and rugged tracks due to the motorcycles”, affirmed the Portuguese driver at the arrival.

In spite of everything, the greatest difficulty of the first day of competition was the discomfort Carlos Sousa felt concerning the driving position, something the driver had already complained about during the tests with the team in Morocco: “I sit too close to the steering wheel and don’t have much space to bend my arms. That was obvious specially when we drove through the first dunes, due to fact they were too soft and there was too much audience, which implied made corrections with the steering wheel. Well, it is something we will have to correct in the service area, although I have known from the start that the compartment of this Great Wall is a bit narrower than the Mitsubishi Racing Lancer I was used to. Apart from that, everything in the car is perfect, so we can start concentrating in tomorrow’s stage, which will be much longer and faster than this one. This will demand a great amount of concentration from the beginning to the end”, concluded the driver at the end of this first day of the competition. He was only 3 seconds away from being in the overall top-five and has already guaranteed the best result ever of a Chinese team in the race.

As far as tomorrow’s stage is concerned, which will connect Santa Rosa de la Pampa to San Rafael, in Argentina, it will have a total of 777 km, including the 290 km of special stage. 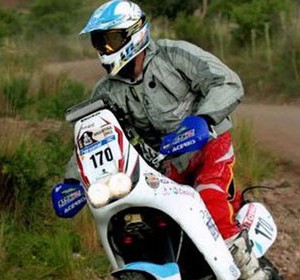