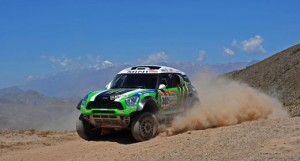 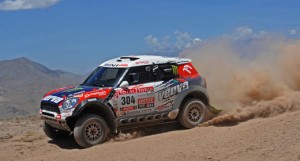 Peterhansel had to wait for the closing stages of the fourth special stage to take the lead. For a long time, he held second position behind Nasser Al Attiyah but then, the latter was forced to stop for 15 minutes. The Frenchman benefited from Al Attiyah’s problem and celebrated his first special-stage win in the 2012 Dakar Rally. “Following the two punctures we encountered yesterday I opted for a somewhat careful approach in the early stages,” revealed Peterhansel. “Even later I didn’t take the car to the very limit – and I think doing so was the right strategy. In the closing stages I passed the two standing Hummers and Terranova who was stopped by a puncture.” 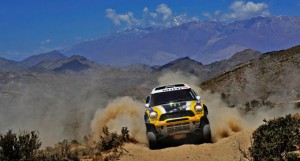 Roma, the winner of yesterday’s third special stage, finished fourth, today. He had the difficult task to open the fourth special stage. “Finding the right way wasn’t easy,” the Spaniard said, “While the others could follow our track.” The 39-year old opted for a cautious style of driving, today, and explained: “You can’t win the Dakar in these special stages – but losing it is possible at any time.”

There are days when things just don’t run as you would like them to – and Holowczyc encountered one of these days, today. “The result isn’t exactly what you would call bad but I’m not happy with our achievements, nevertheless,” said the Pole who finished fifth. “I just failed to find a good rhythm.” 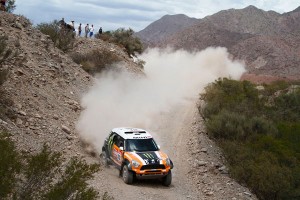 Russian-German pairing Leonid Novitskiy and Andi Schulz keep on contesting the Dakar with a somewhat restrained attitude. “We don’t want to take unnecessary risks,” explained navigator Schulz. “The case of Nasser demonstrates that you can be struck by a problem at any time. So, we prefer to avoid getting involved in any trouble.” But despite being so careful, they had to stop once to change a flat tyre.

Following the bad luck in a mud hole Ricardo Leal dos Santos and Paulo Fiuza had to cope with yesterday, things went clearly better for the Portuguese pairing, today. With their red MINI ALL4 Racing, the came 11th. 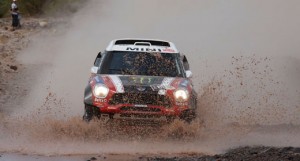 Tomorrow’s fifth special stage is the last one that will be contested solely in Argentina. The route takes the field from Chilecito to Fiambala. Fiambala is renowned for its dunes that have made an end to the hopes of numerous Dakar competitors, in the past. So, it comes as no surprise that the majority of the drivers think that only this special stage represents the true beginning of the Dakar. And before starting into the 265-kilometre special stage, they have to complete a 151-kilometre liaison section. 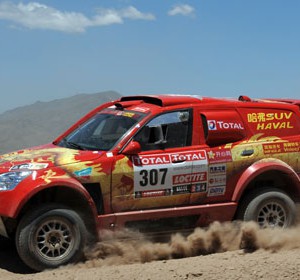 In what was perhaps the most selective stage of this Dakar 2012, with 327km full of small traps and subtle changes of direction,...
Copyright 2011-2016 Rallyraid.net - RISE Network. All Right Reserved.
Back to top