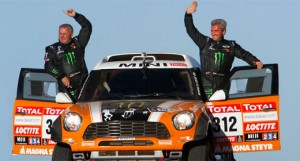 The race is on – finally! Following the long days of preparations in Mar del Plata, the waiting was over today (01st January) and the 2012 edition of the legendary Dakar Rally was started. And on the 57-kilometre special stage of day one, the MINI All4 Racing vehicles entered by Team X-raid proved to race in a class of their own. Consequently, the first three positions were secured by the squad based in Trebur, Germany, with the German-Russian pairing Leonid Novitskiy / Andi Schulz in the orange Monster Energy X-raid MINI All4 Racing being particularly happy. After all, they celebrated their maiden special-stage win in a Dakar Rally. “I’m truly delighted about this win,” beamed the Russian. “It was a short but demanding special stage.” His co-driver was of the same opinion: “The sand was extremely soft and the special stage even featured five kilometres of dunes.” 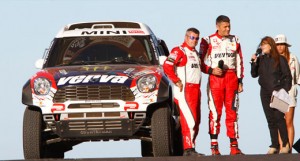 Poland’s Krzysztof Holowczyc and his Belgian navigator Jean-Marc Fortin in the ORLEN MINI All4 Racing were just five seconds slower than the winners, with French pairing Stéphane Peterhansel / Jean-Paul Cottret in the green Monster Energy MINI All4 Racing coming third. “No problems whatsoever,” said Peterhansel. “In short first special stages like today’s I prefer to opt for a not too aggressive approach.” In the special stage contested alongside the beach of Quequén, some 100 kilometres from Mar del Plata, he was nine seconds slower than his Russian team-mate.

The Portuguese pairing Ricardo Leal dos Santos / Paulo Fiuza took it somewhat easier. Were two minutes slower than the winners and finished – as things are now – 10th. “I’m happy with this result,” said Dos Santos who is racing the red Monster Energy All4 Racing. “Although we haven’t made it to the very top, this result represents a good initial position for tomorrow.” Spain’s Nani Roma and his French co-driver Michel Périn also were too careful and therefore, they had to settle for having finished 13th, with their yellow Monster Energy MINI All4 Racing. “We are truly delighted with our achievements in the first special stage,” said Team Manager Sven Quandt. “It was a virtually perfect start into the Dakar.”

The three BMW X3 CC drivers also made a good start into the 2012 Dakar Rally. The two Russians Alexander Mironenko and Sergey Lebedev finished 21st, in the cockpit of their BUER BMW X3 CC. “It was a trouble-free first day,” said Mironenko. “It was a very short first special stage but I like it if the start into an event isn’t too hectic.” Chile’s Boris Garafulic and his French navigator Gilles Picard came 28th, with their Vision Advisors BMW X3 CC, thus finishing right ahead of their German team-mates Stephan Schott and Holm Schmidt. “We aren’t completely happy with day one but on the other hand, the rally has only just begun.”

The special stage was a rather short one but after having contested it, the competitors had to cover a far bigger distance: 650-kilometre liaison section to the bivouac located at Santa Rosa de la Pampa. Tomorrow, the Dakar will take its field to San Rafael. The beginning of tomorrow’s special stage features an extremely fast section and then, it’s back to the dunes. 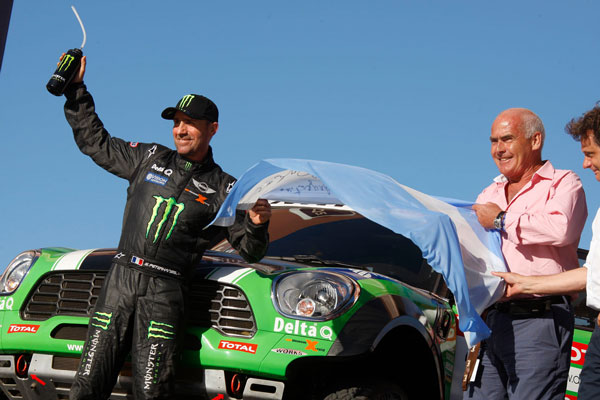 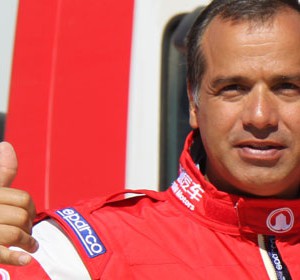 The Portuguese driver was one of the good surprises at the beginning of this race, achieving the best result ever of a Chinese...
Copyright 2011-2016 Rallyraid.net - RISE Network. All Right Reserved.
Back to top