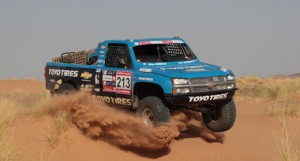 Besides being totally focussed in and having endeavoured all possible efforts to put this ACP competition in progress, the current economic situation did not allow the achievement of the goals set. The organisation regrets the damage that this decision can lead to the drivers in terms of Championships, but is also certain that their will be a way of minimizing it.

Nevertheless, ACP did not abandon the idea of trying to carry out this competition and will seek for financial solutions to enable this motor sports event, with such a high national and international impact and a tremendous payback for our country.

At this time, ACP stresses out its strong commitment to the organisation of the other cross-country competitions scheduled in the 2012 sporting calendar: the Baja Portalegre 500 in the FIA World Cup for Cross-country Rallies and the FIM Cross-country Rallies World Championship, as well as the 24 Horas TT Vodafone-Vila de Fronteira. 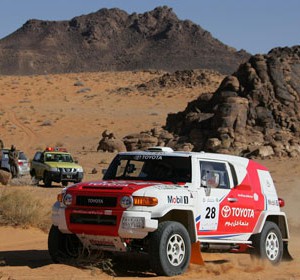 The Saudi Arabian Motor Federation (SAMF) has now finalised the dates and route format and will run the FIA-sanctioned Ha’il...
Copyright 2011-2016 Rallyraid.net - RISE Network. All Right Reserved.
Back to top