The 2004 FIA World Cup champion Khalifa Al-Motaiwi has announced that he will make a dramatic return to cross-country rallying action this season in a Mini All4 Racing. 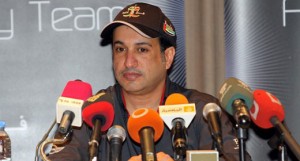 The Dubai-based driver has been absent from the international off-road scene for eight years but, at a press conference in Lebanon, the Emirati confirmed his renewed partnership with twice former Dakar-winning co-driver Andreas Schulz and his renewed association with Sven Quandt’s X-raid team in Germany. Al-Motaiwi’s Mini All4 Racing will run under the Fazza Rally Team banner, thanks to the valuable ongoing support of Sheikh Hamdan bin Mohammed bin Rashid Al-Maktoum, crown prince of Dubai.

In front of a large crowd of journalists in Beirut, Al-Motaiwi confirmed that his 2012 off-road programme will begin with the Italian Baja on March 15-18 and include the Abu Dhabi Deser Challenge at the end of March, the new Sealine Cross-Country Rally in Qatar in April, May’s Tunisia Rally, the Baja Spain, Baja Poland, the punishing Egypt Rally and the Baja Portalegre in Portugal at the start of November. He is also contemplating taking part in the 2013 Dakar Rally.

“I have been in training over the previous few months to get myself ready as best I can,” said Al-Motaiwi. “I am delighted to have Andreas back on board with me. I chose Lebanon to announce my programme because of the country’s history and knowledge of motor sport. “I am not building my expectations too high at this stage. It is a long time since I took part at the top level and I will need to get back into everything before we start looking for top results.”

Al-Motaiwi was one of the leading off-road stars in the world at the start of this century and was also part of the Victory Rally Team that took the FIA Middle East Rally Championship by storm in the 1990s. He clinched two MERC wins in his early career and took numerous top five finishes in rounds of the FIA World Cup for Cross-Country Rallies. The experienced Emirati Tariq Al-Warshaw will work as Al-Motaiwi’s team co-ordinator for the 2012 programme and act as liaison with the Trebur-based X-raid team, which clinched outright victory in this year’s Dakar Rally with the Mini All4 Racing. 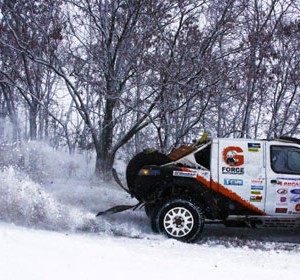 Winter darkness in the Russian countryside is absolute and dawn was only the slow changing of black through a few  shades...
Copyright 2011-2016 Rallyraid.net - RISE Network. All Right Reserved.
Back to top