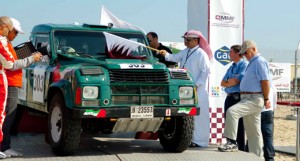 The new-look Sealine Cross-Country Rally, organised by the Qatar Motor and Motorcycle Federation (QMMF), will play host to the third round of this year’s FIA World Cup for Cross-Country Rallies and round two of the six-event FIM Cross-Country Rallies World Championship on April 15th-21st. The two-day event is open to cars in the T1, T2, T3 and 2WD categories, trucks in the T4 class, motorcycles and quads and takes its place in the full FIA World Cup calendar for the first time on the back of the successful Baja candidate event that ran in November 2011.

The brainchild of Nasser Khalifa Al-Attiyah, president of the QMMF, the Sealine Cross-Country Rally has been extended from two days to five and three key appointments have strengthened Al-Attiyah’s team. “It was important that we got the candidate event under our belts last year and were able to see where improvements could be made and how we could extend the event to cater for the requirements of a full cross-country rally,” said Al-Attiyah. “I am delighted to announce new additions to our team. We are all looking forward to running a full FIA World Cup event in Qatar for the first time.”

Former co-driver and international event consultant Fred Gallagher has been appointed as event director and will work alongside the experienced Portuguese duo of Pedro Almeida and Jaime Santos. Almeida is the clerk of the course of the Rally of Portugal and steps into a similar role in Qatar, while Santos – who has considerable experience of Baja-type events in Portugal – will be responsible for routes and mapping.

“I visited Qatar for the first time since 1986 during the recent Qatar International Rally and thoroughly enjoyed the rally,” said event director Fred Gallagher. “The first time I was there, Björn Waldegård and I won the Middle East championship round and it was great to be back. I was surprised by the variety of tracks Qatar has in its deserts and this bodes well for devising challenging events in the future.

“Under the presidency of Nasser Khalifa Al-Attiyah, cross-country events are going from strength to strength and several countries have expressed an interest in joining the FIA calendar. The Qatar event promises to be one of the most challenging in the championship and has put the Middle East at the forefront of the cross-country rallying discipline.”

The FIM section of the event for motorcycles and quads will run under clerk of the course Iain Black and deputy clerk of the course Rashid Al-Sulaiti. Regulations and full entry details are now available from www.qmmf.com. Entries close at the reduced rate on Monday, February 27th, with the final entry cut-off set for Monday, March 26th.

Administration checks and scrutineering for GCC and Qatar crews will be carried out on Sunday, April 15th and international teams will pass their checks on Monday, April 16th, prior to the ceremonial start in the afternoon.

There will be a timed super special stage on Tuesday, April 17th and the first of four desert legs of the new Sealine Cross-Country Rally begins on Wednesday, April 18th. Action draws to a close on Saturday, April 21st.

Sardegna Rally Race 2012 get the first name to be registered: Cyril Despres 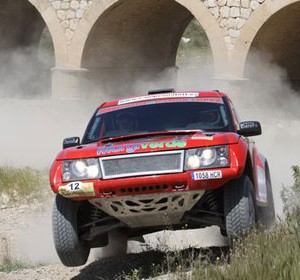 The official start for the Spanish Cross Country Rallies Championship will be on March 17th in the city of Huéscar in Andalucía....
Copyright 2011-2016 Rallyraid.net - RISE Network. All Right Reserved.
Back to top