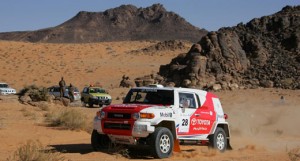 The Saudi Arabian Motor Federation (SAMF) has now finalised the dates and route format and will run the FIA-sanctioned Ha’il Desert Challenge in the north-central region of the Kingdom from March 20-23, 2012.

The event is not a round of the FIA World Cup this season, but Saudi officials in Riyadh are confident of attracting a top class international entry nonetheless to tackle two days of competition over some of the most difficult and spectacular desert terrain to be found anywhere in the world.

The organisers are finalising the assistance package and prize funds for entrants and have now confirmed the basic timetable. Administration and scrutineering will take place on Tuesday, March 20th at the Maghwat Conference Centre on the outskirts of Ha’il. Teams will then tackle a timed super special stage on Wednesday, March 21st and the two days of action through the An Nafud desert take place on Thursday, March 22nd and Friday, March 23rd.

Clerk of the course Elie Semaan has also finalised a revised and challenging route for Saudi Arabia’s premier off-road event. “We finished the route and the stages last week,” enthused Semaan. “We will have one six-kilometre super special stage, a first leg of 260km and the second leg of 150km. Leg one will take place entirely in the sand dunes and the first 160km will be very challenging in the high dunes. The route will pass through small oasis farms and a very scenic area until we reach Alolaym mountain. Then the final 100km is on winding and testing tracks, all on sand.”

Semaan admits that the second leg will take place on more varied terrain. “The first 50km will venture across hard surfaces and passes between picturesque mountains and through wadis. The last 100km climb through some more high dunes and cross some desert tracks to the finish in the village of Qna.” 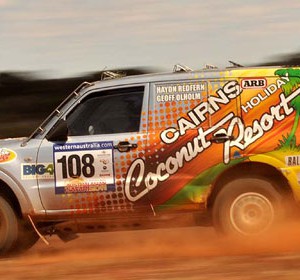