Dubai’s Khalifa Al-Mutaiwei returns to top level rallying action for the first time in eight years at this weekend’s 19th Italian Baja, round one of the 2012 FIA World Cup for Cross-Country Rallies.

The Fazza Rally Team star lines up alongside German co-driver Andreas Schulz at the start of the demanding Italian round of the off-road series at the wheel of a Mini All4 Racing, prepared and run by the German X-raid team. The 40-year-old’s entry is being managed under the patronage of Sheikh Hamdan bin Mohammed bin Rashid Al-Maktoum, crown prince of Dubai.

Mutaiwei, the winner of the FIA World Cup in 2004, carried out a pre-season test in Dubai at the start of the month and has been using his time wisely since then to fully prepare for his rallying return, where he faces a truly top class line-up.

“My last event was the Por Las Pampas Rally in Argentina in 2004, when I won the FIA World Cup in a BMW X5 CC,” recalls Al-Mutawei. “This is a short rally by cross-country standards, only two days, and my objective is to finish. I don’t want to raise too many expectations. Saying that, I will do my very best.

“It’s exciting for me to return to the championship with the same team with which I won that world title. With the cancellation of the rallies in Tunisia and Morocco this year, these shorter events may become more important in terms of points scored than we may have imagined.”

Al-Mutaiwei arrived in Germany on March 9th to put the finishing touches to his set-up with the new Mini All4 Racing – a version of which won the 2012 Dakar Rally in the hands of Stéphane Peterhansel and Jean-Paul Cottret.

“We arrived in Italy on Monday and I was made to feel so welcome from the outset,” enthused the Emirati. “I hope to carry out a final shakedown before the event gets underway.”

The Italian Baja is organised by Fuoristrada Club 4×4 Pordenone and is centred around the north-east Italian town of Pordenone and the timetable begins in earnest tomorrow (Thursday) with administration checks and pre-event scrutineering. These formalities continue through Friday morning and the event gets underway with a short opening leg on Friday afternoon.

The meat of the action will take place over two legs – Saturday and Sunday – over some of the most challenging mixed-surface terrain in northern Italy. 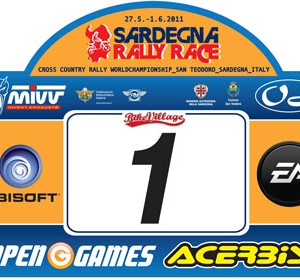 The “disappearance” of Estoril-Marrakesh and the cancellation of Tunisia Rally are of course regrettable and unpleasant...
Copyright 2011-2016 Rallyraid.net - RISE Network. All Right Reserved.
Back to top