Amaury Sport Organisation, the French “Dakar Rally”-organizer and also organizing-partner of the Russian “Silk Way Rally”, announced the cancellation of the cooperation with the Russian Rally. On the press release issued thursday (March 8th) ASO said:

“After a three-year partnership between ASO and the Russian organizers, the next edition of the Silk Way Rally (July 7-13) will not be supported by the Dakar´s organizing teams, nor will it bear the “Dakar Series” label. Temporary factors prevented the parties from reaching an agreement for the 2012 edition.

They took note of this situation and chose to take a break from their partnership this year, promising to work together in order to find a lasting cooperation model for the future.”

Last year the organizers of the Silk Way Rally inaugurated a route starting in Moscow (Red Square), which delighted everyone who was there in July and finishing in the city of Sochi – of the host city for the 2014 Winter Olympic Games. 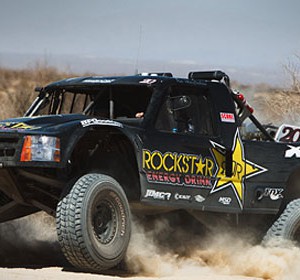 Picking up where he left off last season with his third consecutive race win in San Felipe, Las Vegas’ Rob MacCachren overpowered...
Copyright 2011-2016 Rallyraid.net - RISE Network. All Right Reserved.
Back to top