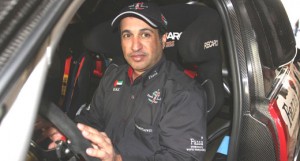 The double World Cup start at the Pordenone Fair (at 4:00 p.m.), with the new ACI President Angelo Sticchi Damiani. Track and km will be the same for cars, bikes, quads and trucks, which today will face the Super Special Stage “Meduna” (11 km, start at 4:25 p.m.) while Tomorrow and on Sunday their challenge will take place along the Selective Sector  “Tagliamento” – PORDENONE, 16th MARCH 2012_ Since so many months of chats, motors can finally express by themselves.

The Italian Baja , opening race of the Fia World Cup For Cross Country Rallies for cars and trucks starts today, as well as the brend new  Fim Bajas World Cup for bikes and quads. A double World event which gives great visibility to the Friuli “grave”  and the city of Pordenone, considered the Cross Country Rallies’ capital city.

The official start of the race will take place at 4:00 p.m. with a special guest, that’s to say the new ACI President Angelo Sticchi Damiani. The Sport Vips parade will include also Carlos Barbosa, President of the Automobile Club of Portugal, who will represent here the FIA Committee President,  and Ioan Olaru, President of the  Sport Automobile Committee of Romania. The Special Stage “Meduna” will start at 4:25 p.m., first dish of a 11 km track along the river course near Zoppola.

The Russian Boris Gadasin, winner of the 2007, 2009 and 2011 editions, will be first at the starting line with his G-Force Proto. His greatest challenger will be Khalifa Al Mutaiwei , the driver of Abu Dabi who will face the Cross Country track with a Bmw Mini All4Racing. Foreign are the protagonists as usual, while Italians look for victory, as of course the champion in charge Lorenzo Codecà (Suzuki Grand Vitara), who will fight against Giovanni Manfrinato (Renault Megane Proto) and the Ralliart vehicles leaded by Riccardo Colombo and Pietro Larini (both of them with a Mitsubishi L200). 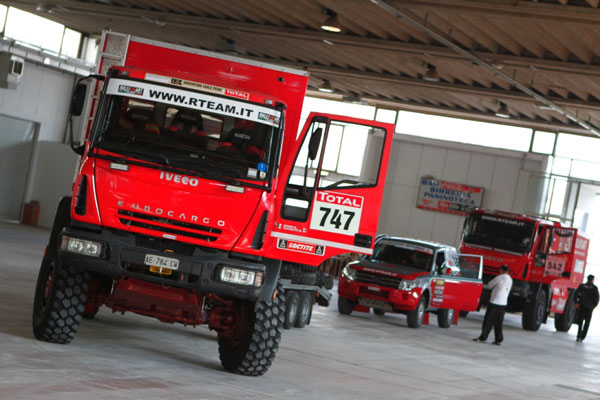 First time since 2003 also for trucks, represented by three vehicles which already created big curiosity among all fond of motors.

Alberto Basso (Honda 450), the biker from Porcia who won last two editions, doesn’t fear his challengers and aims to the third victory. 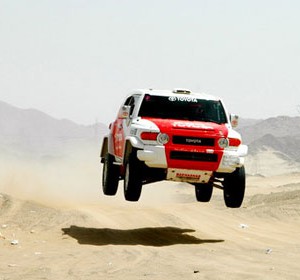 After his 15th position at the Dakar 2012 finish line in a Dessoude´s Buggy, Thierry Magnaldi should take part in the Silk...
Copyright 2011-2016 Rallyraid.net - RISE Network. All Right Reserved.
Back to top