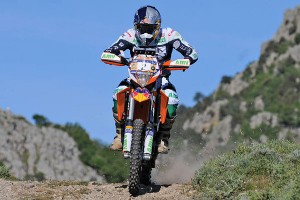 The “disappearance” of Estoril-Marrakesh and the cancellation of Tunisia Rally are of course regrettable and unpleasant news; however they are also facts that help to clarify some ideas.

There were six competitions in the calendar but two of them are already “gone”. That’s one more reason why Sardegna Rally Race becomes (but maybe it has already been) the centre of the 2012 World Championship Season. This is a strong indication of the organizational skills of Bike Village, that proceeds ahead like a “steamroller” with the setting up of its fifth Rally.

Three out of five stages are already prepared and almost ready. Regarding the last two, “building yards” are working all day and all night long. To briefly summarize: the San Teodoro-San Teodoro stage, the San Teodoro-Sa Itria Marathon stage (culminating once again with the fascinating bivouac placed at Sa Itria Shrine), the Sa Itria-Arbatax stage (that will lead the caravan back to the sea-shore) will have an average length of 300 km and two Special Tests each of about 200 KM.

Paths are largely unknown, never touched by the “SRR”: the “scouts” have as usual searched the most beautiful and fascinating landscapes of the island.

The rules of the Amateurs challenge is now ready. Form, rules and prizes are simple. To attend this “San Teodoro Challenge”, the pilots will just have to register to the World Championship SRR, have never entered into the top 15 rankings of a World Championship or of the Dakar, or…they have to be older than 50. The final ranking of the challenge will be directly extrapolated from the Wordl Championship one.

To the first classified rider, the organizer will immediately refund the entire registration fee. The second and third pilot will be awarded with a one-week holiday in San Teodoro for two people. All this means “doing  something real” for those who’d like to enter the rally’s world by the front door!

Despite the “lazy” tradition of past years and maybe in view of the first deadline registration that guarantees lower price, the registration requests are going on with certain enthusiasm so that they are another strong indication of the special interest dedicated to the Sardegna Rally Race.

The podium of the Dakar is virtually rebuilt and Despres, Coma and Rodrigues will renew the captivating challenge that has characterized last Rallies seasons.

While we are still waiting for Stephane Peterhansel exclusive return, Husqvarna Team SpeedBrain has declared the intention to deploy Joan Barreda (revelation and rising star from the Dakar) together with Paulo Gonçalves. The registration of Camelia Liparoti and of the new-born team Bordone-Ferrarri pilots (entire program of the Wordlchampioship) border the lines of this fascinating “partecipation picture”.

The Sardegna Rally Race that will be held from June, the 23rd to June the 28th   (this period is even better to organize a “racing” visit of the Island) is once again the sole opportunity to meet the entire “gotha” of Rally World.

In the meanwhile Cyril Despres and Paolo Machetti offer, to those who want to attend the race like an official rider, their five stars services: motorbikes, logistics, assistance and…consultancy, all included. 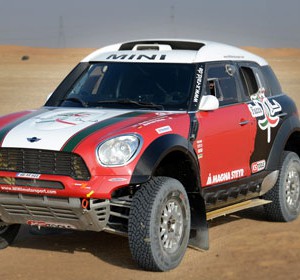 Just a few weeks after the one-two in the Dakar Rally, courtesy of the drivers Stéphane Peterhansel and Nani Roma at the wheel...
Copyright 2011-2016 Rallyraid.net - RISE Network. All Right Reserved.
Back to top