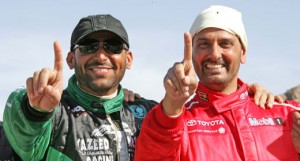 Saudi Arabia’s top rally star Yazeed Al-Rajhi will attempt to win the Saudi Arabia Ha’il Desert Challenge for a third time this week (March 20-23). The Riyadh driver has confirmed his participation at the wheel of a Mini All4 Racing, built by the German X-raid team.

Al-Rajhi is taking part in select rounds of this year’s FIA World Rally Championship (WRC) with co-driver Michael Orr, but the Ulsterman will be replaced by the experienced Portuguese off-road navigator Filipe Palmeiro in the Ha’il event – a demanding three-day, FIA-sanctioned cross-country rally that passes through the remote An Nafud desert in the north-central region of the Kingdom of Saudi Arabia.

Formerly knows as the Ha’il Baja, the event will run under the patronage of His Royal Highness Prince Saud Bin Abdul Mohsen Bin Abdul Aziz, Governor of Ha’il, President of the Supreme Commission for Ha’il Development and the Head of the Supreme Commission of the Ha’il Rally and the presidency of His Royal Highness Prince Sultan Bin Bandar Al-Faisal.

The Mini All4 Racing is the latest off-road vehicle to conquer the mighty Dakar Rally in South America and Al-Rajhi will be hoping to follow up the two wins he earned in Saudi Arabia in 2009 and 2010 at the wheel of a Nissan Navarra and a Mitsubishi Racing Lancer. 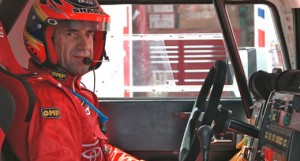 The provisional entry list also includes the name of French Dakar veteran and leading cross-country driver Thierry Magnaldi. A former bike rider on the Dakar, Magnaldi switched to racing cars on events like the Dakar and has joined Abdullah Bakhashab’s Toyota Team Saudi Arabia for his first attempt at the Kingdom’s premier off-road event.

Magnaldi finished 15th in the 2012 Dakar Rally at the wheel of a Dessoude Buggy and plans to take part in the Silk Way Rally in that vehicle later in the year. But Bakhashab’s invitation was an excellent opportunity for the Frenchman to stay in training and he will drive a Toyota FJ Cruiser Proto for the 1995 FIA Middle East rally champion’s team. Magnaldi’s co-driver will be Spain’s Lucas Cruz Senra, the former winner of the Dakar Rally with Carlos Sainz and navigator for Nasser Saleh Al-Attiyah in last November’s Sealine Qatar Baja.

Magnaldi tested the car in Saudi Arabia recently and was impressed. “Abdullah called me some time ago to take part in the Baja,” enthused Thierry. “Of course I accepted because it is a marvellous occasion for me to race and acquire more experience, discover a new event and a new team. I was pleased with the car and its performance. Lucas and I ran for 200km in two days around the Jeddah region over a six-kilometres course where the terrain was varied and offered some dunes, dusty tracks and some rocky sections. I am used to two-wheel drive, but now I feel seduced by the 4×4 too!”

Clerk of the course Elie Semaan has also confirmed that no stone has been left unturned to ensure the safety of competitors. “We have five helicopters, two of which are fully dedicated to medical evacuation and have onboard resuscitation equipment, a paramedic and a doctor, as per the FIA requirement,” said Semaan.

Administration and scrutineering will take place on Tuesday (March 20th) at the Maghwat Conference Centre on the outskirts of Ha’il. Teams will then tackle a timed super special stage on Wednesday and the two days of action through the An Nafud desert on Thursday and Friday. 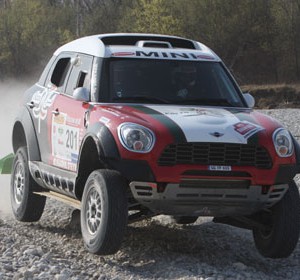