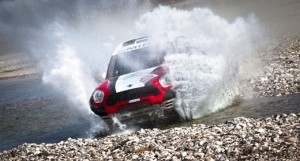 In the Baja Italy – the FIA Cross Country Rally World Cup season opener – Team X-raid delivered on the expected level, with Khalifa Al Mutaiwei from Dubai and his German co-driver Andi Schulz finishing seventh, in the three-day event. Their MINI ALL4 Racing was entered according to the old regulations and therefore, it had to be equipped with a 35mm air restrictor.

In the 10-kilometre ‘Super Speciale’ on Friday afternoon, the pairing came fourth. In the second and third special stages, contested on Saturday, Al Mutaiwei took the MINI ALL4 Racing to fifth and 18th positions. Following a water crossing, the driver from Dubai had been forced to stop for some minutes, thus losing valuable time. On Sunday, however, things once again went according to plan and consequently, the pairing set the fourth and fifth fastest times, in the special stages. At the end of the day, they covered the total distance of about 410 kilometres in 3h 57m 36s to finish seventh.

“Due to the 35mm air restrictor Khalifa had virtually no chance of achieving a better position,” revealed Team Manager Sven Quandt. “Therefore, we can be really happy with this result.”

In just a few days, Team X-raid will have to face the next challenge: from 21st to 23rd March (Wednesday to Friday), Yazeed Al Rajhi (Saudi Arabia) will contest the Hail Baja in Saudi Arabia. 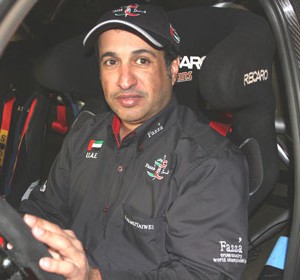 The double World Cup start at the Pordenone Fair (at 4:00 p.m.), with the new ACI President Angelo Sticchi Damiani. Track...
Copyright 2011-2016 Rallyraid.net - RISE Network. All Right Reserved.
Back to top