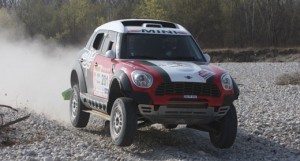 Nearly one year ago, Stéphane Peterhansel and Jean-Paul Cottret won the 2011 Abu Dhabi Desert Challenge, thus celebrating the MINI ALL4 Racing’s debut win. And next week, Team X-raid will return to the venue of this major success. From 30th March to 06th April, Khalifa Al Mutaiwei (UAE) / Andreas Schulz (GER) in the MINI ALL4 Racing, Stephan Schott (GER) / Holm Schmidt (GER) in the KS Tools BMW X3 CC and the two Russians Ilya Kuznetsov and Roman Elagin will battle their way across the desert.

For Al Mutaiwei from Dubai who already contested the Baja Italy, the Abu Dhabi Desert Challenge will be the second round of the FIA Cross Country Rally World Cup while it’s the first for Schott and Schmidt. Following their extremely eventful Dakar Rally, the pairing now hopes for securing a better result in the deserts of Abu Dhabi. The Russians Kuznetsov and Elagin who will also race a BMW X3 CC are completing the team line-up. 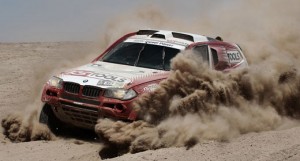 The Abu Dhabi Desert Challenge is notorious due to its challenging dunes and the extreme heat. Altogether, the competitors have to cover a total of about 2.050 kilometres, 1.519 of them over the course of five special stages.

The X-raid team will travel to Abu Dhabi partly with vehicles adapted to the new regulations. The biggest changes were introduced in the engine area. From this season, the only slightly modified production engines may be used. Another major rule change affects the fuel tanks. According to the new regulations, it must not be placed below the seat and consequently, its capacity had to be reduced.

“Of course, we want to get more points than a few weeks ago in Italy,” underlines X-raid’s managing director Sven Quandt. “On the other hand, it’s the first event we are going to start with the new engine and so, I hope that all the cars will finish the race.” 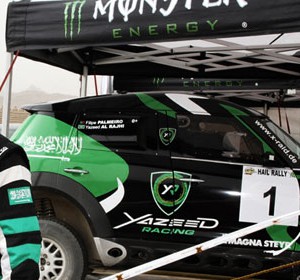