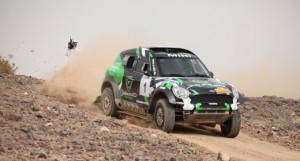 Al-Rajhi led the 30-car entry away from the ceremonial start at the Maghwat conference centre in Ha’il in his X-raid Mini All4 Racing, as he bids to become the first driver to win the event for a third time.

The impressive entry for the FIA sanctioned event, being run by the Saudi Arabian Motor Federation (SAMF) under the presidency of His Royal Highness Prince Sultan Bin Bandar Al-Faisal, was flagged away from the start by His Royal Highness Prince Saud Bin Abdul Mohsen Bin Abdul Aziz, Governor of Ha’il, President of the Supreme Commission for Ha’il Development and the Head of the Supreme Commission of the Ha’il Rally. 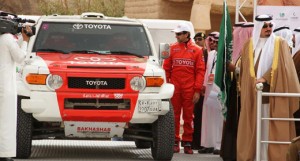 The UAE’s Yayha Al-Helai and Dubai-based Briton David Mabbs were classified fifth and eighth through the short opening stage in their respective Nissan Patrol and Toyota FJ Cruiser. Regular WRC co-driver Michael Orr, from Northern Ireland, teamed up with Saudi driver Salah Abdul Aal for the first time in a Nissan and the pair held 14th overall after the short stage.

Tomorrow (Thursday) marks the first of the two days of desert action across the An Nafud desert, with a 257.43km special stage on the agenda. The first car is scheduled to leave Ha’il at 08.00hrs for the 99.61km liaison section to the start of the stage at Jubbah from 09.55hrs. A 109.67km liaison guides teams back to the Maghwat conference centre in Ha’il on Thursday afternoon. 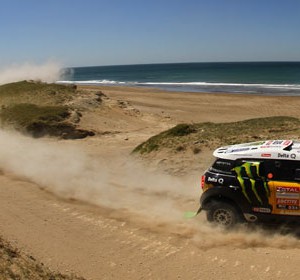 The 35th edition of the Dakar will also be the 5th to take place on the South American continent, which has hosted the event...
Copyright 2011-2016 Rallyraid.net - RISE Network. All Right Reserved.
Back to top