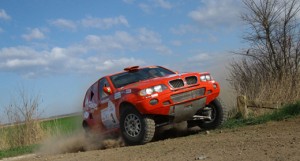 Among the cars Károly Fazekas, among the bikes Italian Andrea Brunod and among the quads Hungarian Mátyás Somfai were fastest at the Superspecial of Aqua-Palace Cup, first round of the UEM European Championship for Bikes and Quads of the Hungarian Cross-Country Rally Championship in Hungarian spa town of Hajdúszoboszló.

Among the cars, defending Hungarian champion Károly Fazekas (BMW) was the fastest in front of his big rivals, Erik Korda (Nissan) and Balázs Szalay (Opel). Fazekas and Szalay were quite content with this result while Korda wasn’t too happy with the 10 second gap behind Fazekas on the 15 km long Superspecial. “We thought that with the new rules on air restrictors we would be closer to the cars with huge engines, but after today’s stage it doesn’t seem like that,” said a disappointed Korda in the service park. The tracks of Aqua-Palace Cup are famous for being very fast – as long as the weather is dry. But if the rain arrives tomorrow (as forecasted) we are in for an exciting battle of tactics…

Tomorrow the rally continues with six specials, the finish will be on Sunday afternoon after there more specials. 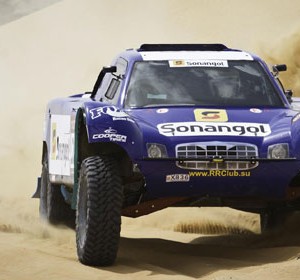 Mirror, mirror on the wall, which is the toughest rally raid of them all? Many reflective bathroom pieces would hasten to reply,...
Copyright 2011-2016 Rallyraid.net - RISE Network. All Right Reserved.
Back to top