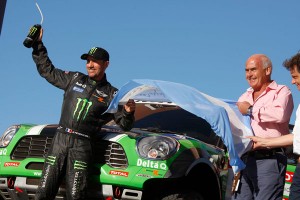 The third act of the Dakar World Tour: the Argentinean stages of the Dakar 2013 were presented in San Miguel de Tucuman and Buenos Aires. The beginning of next year will have plenty of “va-va-voom” for the country.

The journey between San Miguel de Tucuman and Buenos Aires is not on the programme for the next Dakar Rally, but it was this route that Etienne Lavigne took yesterday, in the company of the Minister for Tourism, Enrique Meyer, to present the Argentinean part of the 2013 edition. The North West provinces of the country such as those of Cordoba, La Rioja and Salta, crossed by the route, sent their governors to Tucuman, where the rest day will take place on 13th January.  Aside from the 5 stages that will take place on its territory, the Dakar’s stay in Argentina also marks the start of a busy year for this people of motorsports enthusiasts, because a Moto GP will take place in April at Santiago del Estero and the Argentinean Grand Prix should make its return to the calendar of the F1 world championships at Mar del Plata. 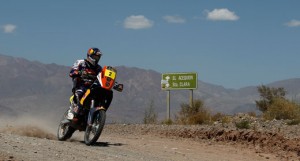 In Buenos Aires, the date was in the diary of most of the Argentinean riders and drivers who have lit up the recent editions of the Dakar. Whilst Lucho Alvarez, who finished 5th in the general standings last January, made his excuses to take part in the Rally of Qatar, the ceremony allowed the journalists present to catch up on news of the Patronelli brothers who may well not both be present to defend their titles in the quad category: “I will be there,” explained Alejandro, “but Marcos may be too busy with managing the family’s business to take part”. This could be a benefit for Thomas Maffei, third to finish in Lima, who, like many others, made the journey to obtain some information on the route and its content. “Everyone has been asking about the difficulty of the first stages,” according to Etienne Lavigne, “because they have realised just how demanding the Peruvian desert can be. I reassured them a bit, but they should still expect a tough challenge”.

The Dakar 2013 programme in Argentina 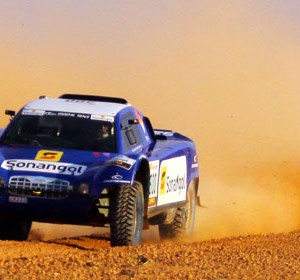 All the SONANGOL AFRICA ECO RACE® team is working to prepare the 5th edition of this African Rally on Thierry Sabine's tracks,...
Copyright 2011-2016 Rallyraid.net - RISE Network. All Right Reserved.
Back to top