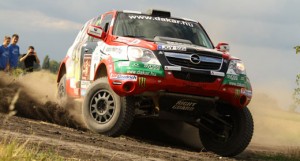 Now just hours left until the start of the 2012 season of the UEM European Championship , for the first time in Hungarian spa town Hajdúszoboszló. Aqua-Palace Cup is also the first round of the 20th anniversary season of the Hungarian Cross-Country Rally Championship, so it’s a real celebration for the sport!

Aqua-Palace Cup is organised for the second time in Hajdúszoboszló, a famous spa town in the Eastern part of Hungary. Taking advantage of this nice location, organisers developed a unique concept: to fuse cross-country rally with… wellness! In practice this means that they set up the schedule of the rally in a way to make it possible for the riders and drivers to try the wellness facilities in the evenings. This concept was a great success last year, so this year organisers decided to go on with it. 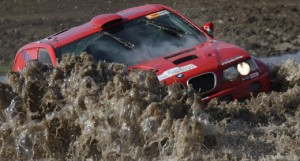 But this year’s rally is going to be special: one the one hand, it is the first round of the 20th season of the Hungarian Cross-country Rally Championship, on the other hand, Hajdúszobozló also has the honour to host the opening event of the UEM European Championship for Bikes and Quads.

Among cars, Miroslav Zapletal makes his return to the Hungarian Championship after a long absence. He and teammate Zdenek Porizek will drive the two Hummers of Offroadsport Team. But their Hungarian opposition is very strong: defending champion Károly Fazekas with his BMW X5, last year’s runner-up  and 20th at the Dakar Balázs Szalay with the spectacular Opel Antara, and Erik Korda, who is always good for a nice surprise, with his Nissan, just to name a few. 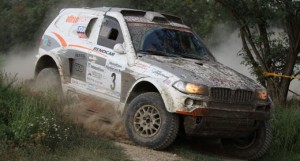 Among bikes, Hungarian riders Lajos “Laller” Horváth and Richárd Hodola have to fight with Italian Andrea Brunod, bronze medallist of last year’s European Championship. Laller is worth watching not only on the track, as he starts the new season with a very special design: the winning opus of a competition.

Among quads, defending European Champion  Lukasz Laskawiec from Poland is the biggest favourite of the rally, but has to do his best to be faster than his Hungarian rival Zoltán Hangodi, runner-up in last year’s European Championship.

The ceremonial start will take place at 16:30 on Friday, 13th April, in Hajdúszoboszló. After Friday’s superspecial, riders and drivers will cover nine specials. The total length of the rally is 655 km. 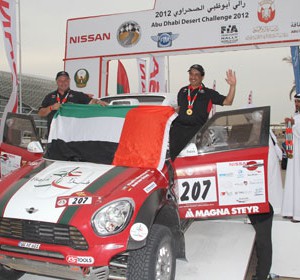 Dubai’s Khalifa Al-Mutaiwei will be aiming to continue his successful return to cross-country rallying at next week’s...
Copyright 2011-2016 Rallyraid.net - RISE Network. All Right Reserved.
Back to top