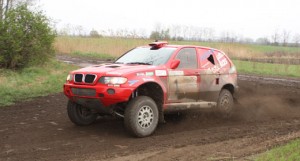 After three days of racing on the rain-soaked tracks of Eastern Hungary, Hungarian Károly Fazekas among the cars, his compatriot Richárd Hodola among the bikes and Poland’s Lukasz Laskawiec among quads are the winners of Aqua-Palace Cup, opening round of the UEM European Championship for Bikes and Quads. Hungarian spa town of Hajdúszoboszló hosted a European Championship round for the first time.

Among the cars, Károly Fazekas was in front from the first kilometres and managed to keep his lead until the end – even if he had some adventurous moments on Saturday afternoon. Balázs Szalay finished second after having three punctures on Saturday and one more, just for the taste, on Sunday. Imre Varga “inherited” the last podium position from Pál Lónyai who had mechanical problems and sled off the road on Sunday’s first special. They had to miss the second one and so were given a huge penalty which meant they finished the rally in 5th place.

Newcomer to cross-country rallies, István Molnár and his experienced co-driver Péter Czeglédi despite having some problems with the powersteering during the whole rally, grabbed the 4th position in his very first race. Erik Korda who drove in 2nd position for a long time until a mechanical problem forced him to forfait, finally finished 6th. Dakar T2 driver Sándor Sebestyén was 7th after a frightening roll on Saturday. Béla “Gombi” Horváth had to miss three specials yesterday for mechanical reasons so on Sunday he didn’t push very hard and stopped to help troubled Pál Lónyai. Finally Gombi brought his green Dodge to the finish line in 8th position. 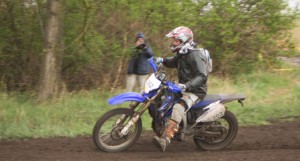 Among the bikes, the last three specials virtually didn’t bring too many changes in the top of the classification – but this is only the surface. Actually European Championship newcomer Hungarian Richárd Hodola had nervous moments during the day as due to an unforeseen tyre change he was 21 minutes late after the service and so received the same amount of penalty. In spite of this, finally his half-an-hour advantage proved to be enough to stay in the lead in front of fellow Hungarian Lajos “Laller” Horváth and Italy’s Andrea Brunod. 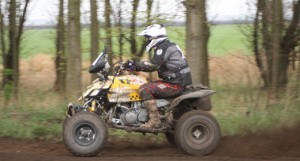 Among the quads the last day brought a serious accident forcing Hungarian Zoltán Hangodi to retire from second place. The rider was injured on his foot and a vertebra. Czech Tomas Kubiena, shaken due to the accident of his friend, inherited the runner-up position and kept it until the finish line in front of Poland’s Lukasz Lewy, who did an excellent job especially on the last day, winning one of the specials and being second on one more. Victory in the quad category went to defending European Champion Lukasz Laskawiec, who built up a huge advantage on Saturday and managed to keep his rivals under control on Sunday. 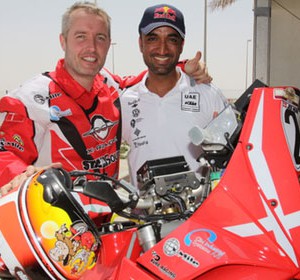