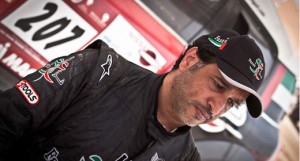 In the fourth special stage of the Abu Dhabi Desert Challenge, Khalifa Al-Mutaiwei (VAE) and Andreas Schulz (GER) once again took their MINI ALL4 Racing to second position behind Jean-Louis Schlesser. Meanwhile, the two Russian Ilya Kusnetsov and Roman Elagin finished seventh, with their BMW X3CC.

Over the major part of the 317-kilometre loop, Al-Mutaiwei held the top position on the time sheets. In the closing stages, however, he got stuck in a dune. This incident cost him some 20 minutes and consequently, he dropped back to second place. Prior to the final leg, his lead over third-placed Frenchman Patrick Sireyjol amounts to 1h16m 55s. Kusnetsov also encountered his problems during the course of leg four and finished seventh, in the end. Nonetheless, this result was good enough for the Russian to work his way up from sixth to fifth position in the overall standings. The Germans Stephan Schott and Holm Schmidt finished the stage on the 10th position with their KS Tools BMW X3CC.

In tomorrow’s final leg, the drivers will have to cover another 287 kilometres on the way back to Abu Dhabi. 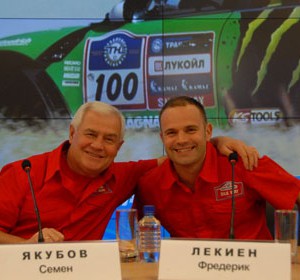 Revealed yesterday at 3.00 pm at the RIA NOVOSTI international press center in Moscow, the Silk Way 2012’s route has already...
Copyright 2011-2016 Rallyraid.net - RISE Network. All Right Reserved.
Back to top