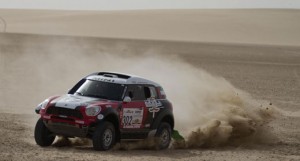 Saudi Arabia’s Yazeed Al Rajhi and his Portuguese co-driver Filipe Palmeiro rolled their MINI ALL4 Racing and was forced into early retirement, due to the incident. Al Rajhi had won yesterday’s special stage and held second position in the overall standings.

Al Mutaiwei opted for a somewhat conservative approach for today’s penultimate leg to not lose time due to a puncture or other problems. Therefore, he had to settle for being only the fourth-fastest, today – but succeeded in keeping Schlesser, his toughest rival in the battle for the FIA World Cup title, at bay. Kuznetsov also completed the third special stage without encountering any problems.

Tomorrow, the field will have to contest the final 208.63-kilometre special stage. 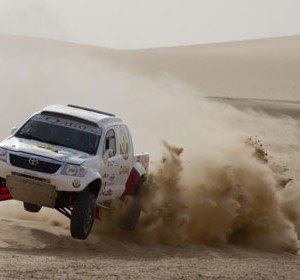