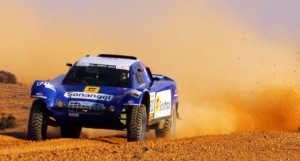 All the SONANGOL AFRICA ECO RACE® team is working to prepare the 5th edition of this African Rally on Thierry Sabine’s tracks, from December 27th, 2012 till January 9th, 2013.

Véronique Caire joined the organization team in order to help and inform you, her kindness and her efficiency will seduce those who do not know her.Other novelty, a new website, friendlier and easier to use, is on-line since April 17th: www.africarace.com. You will find in particular all the useful information, price lists and registration forms for the Sonangol Africa Eco Race 2013, the RAID or “Sonangol Africa Race Classic”, the novelty expected for this 5th edition.

Indeed, after the incredible media success of the ” Porsche 911 Safari ” in this year Sonangol Africa Eco Race driven by Erik BRANDENBURG, René METGE and his team decided to set up a Classic event, specially fitted out for all the vehicles, motorcycle, car, truck built before 1986. A route will be specially drawn for this category and will contain fewer difficulties, such as cords of dunes for example, so that the participants can take pleasure without having their vehicles of collection suffering. 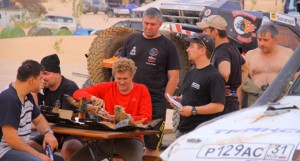 The RAID will also be the ideal adventure to participate at this big African Rally without chronometer constraint. The “Raideurs” will benefit of invaluable advice from the Raid manager while being an integral part of the caravan of the Rally.

In 2013, Sonangol Africa Eco Race should attract a large number of competitors searching for true and real values which made the legend of the Cross Country Rallies. A human-sized Rally, respecting Africa as bivouacs are settled far from cities and villages, by local providers. Except 3 helicopters which supervise the event and 2 ULM which assure radios relays, no plane is used. An event drawn and managed by René METGE which we do not present any more and for who the word “Rally” rhymes with conviviality, pleasure, solidarity and performance. 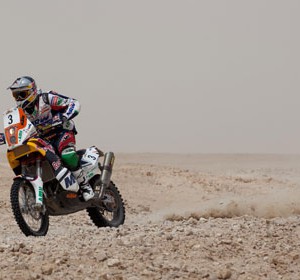 Marc Coma on Friday consolidated his overall lead in the penultimate stage of the inaugural Sealine Rally in Qatar securing...
Copyright 2011-2016 Rallyraid.net - RISE Network. All Right Reserved.
Back to top