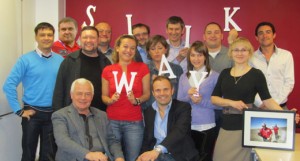 As a new proof of the importance of the western Europe for the organizers of the Silk Way Rally 2012, the Director of the event, Mr. Semen Yakubov has opened the new European offices on March 27Th in Boulogne.

The European agency, under the direction of Frédéric Lequien, is now perfectly settled in its office in Boulogne-Billancourt, as it was noted at the beginning of the week by Semen Yakubov and the Russian delegation. The Deputy Director of the competition surrounded by rally-raid experts will be in charge of relationship with suppliers, cooperation with international media out of CIS countries, as well as relationships and logistics of European teams and participants.

The rally, that will take place from 7 to 13 July 2012, will lead participants from Moscow to Gelendzhik, a seaside resort close to the city of Sochi, which will welcome the 2014 Winter Olympic Games.

The route and its details will be announced at a press conference in the Russian capital at the international press center of the RIA-Novosti on April 4th. 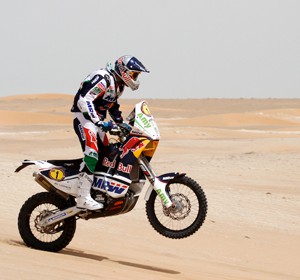 Coma of Spain finished the day with a slim one minute 09 advantage over Helder Rodrigues of Portugal, who Marc had already...
Copyright 2011-2016 Rallyraid.net - RISE Network. All Right Reserved.
Back to top