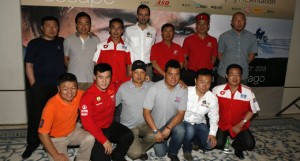 The Dakar World Tour stopped off last Tuesday in Beijing. The Chinese riders, drivers and constructors, who can already boast a sort of perfection, are looking to the future to assert their presence.

Statistics concerning China, whether in economic or demographic terms, often make other nations green with envy. Those built up by the Chinese vehicles enrolled on the most recent edition of the Dakar can also be used as a model of perfection, since, in terms of reaching the finish, they enjoyed a success rate of 100%! As a result, the meeting organised in Beijing attracted the country’s journalists in their masses, keen to once again congratulate their representatives on the rally… and to talk about the future with them. Aside from the collective performance, in 2012 China hit new heights in its involvement on the Dakar, by enrolling two cars made by the constructor Great Wall and grabbing, thanks to the experienced Carlos Sousa, 6th place in the general standings. On two-wheels, the same heights haven’t been reached in the standings, but the Jincheng brand is starting to become part of the Dakar landscape following its third participation in the event.

Among the current talking points, the Chinese journalists cannot wait for the encounter with the Taklimakan Rally, next September, on which an amateur biker will win a place on the Dakar 2013 via the Dakar Challenge. The competition is likely to be intense between the Chinese riders, but the big prize could go to a nationality still unknown on the Dakar. Two riders from Mongolia made the journey from Ulan Bator, the day before yesterday, to attend the Dakar World Tour. Their ambition to enrol on the 2013 edition will without a doubt involve the stepping stone of the Taklimakan Rally. 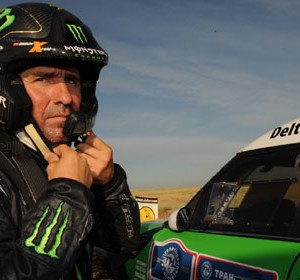 This January, Stéphane Peterhansel won with the Monster Energy X-raid the 2012 Dakar Rally. For the team around the Managing...
Copyright 2011-2016 Rallyraid.net - RISE Network. All Right Reserved.
Back to top