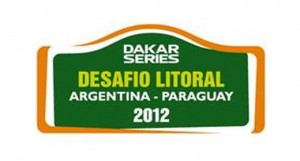 A new first-rate event has been added to the rally raid calendar. From 22nd to 28th July, the Desafio Litoral will be playing host to bikers and car drivers in Argentina and Paraguay. After having experimented various territories in Europe and Asia, the Dakar Series label is now travelling to South America.

Since its arrival in 2009, the Dakar has been going from strength to strength in South America, where the encounter with a community of motorsports enthusiasts worked immediately. Though fans of traditional rallies or circuit races, the amateur or experienced riders and drivers, just like the spectators, have been won over by all-terrain racing. The creation of a new rally-raid event on the continent is a natural response to the enthusiasm witnessed over the last few years.

Iguazu falls, one of the seven wonders of nature in the world

In rally-raid, there are always many inspirations for participating. Beyond the sporting challenge, the appeal of wide open spaces and discovering majestic sites are some of the foundation stones of the passion for the discipline. The site of Iguazu falls, on the borders of Brazil, Argentina and Paraguay, is symbolic of the openness to the world that the Dakar Series label has been promotiing since 2008. What’s more, the spectacle offered when starting from this world wonder of nature will surely give the competitors the energy necessary to tackle the six stages.

The moment of truth for the riders and crews who take part in the Desafio Litoral will be when they cross the final finishing line on 28th July at Resistencia, after 3,287 kilometres of roads and tracks in total, including 1,635 of timed sections. The distance to be covered makes this a feat of endurance for the competitors. They will have to do battle on the distinctive terrains of southern Paraguay, then on earthen tracks that wind through the jungle and mountains in the region of Chaco.

Dakar Challenge: a springboard for the Dakar

From its very first edition, the Desafio Litoral will be an event with many stakes. In addition to the titles awarded at the finishing line, the race is part of the Argentinean Rally Cross Country championship of which it will be a decisive stage. More importantly, it will be a Dakar Challenge 2012 label race, which will allow the two best amateur competitors (one motorbike rider and one car crew) to win a free registration for the Dakar 2013. The pretenders can submit their applications from 16th May onwards, the day on which registration opens.

The stages on the programme:

Klaudia Podkalicka from otoMoto Team: We showed what we can do! 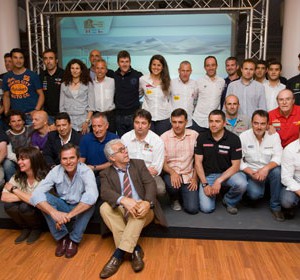 Preparations for the Dakar have already started for the competitors, and not merely the administrative part which involves...
Copyright 2011-2016 Rallyraid.net - RISE Network. All Right Reserved.
Back to top