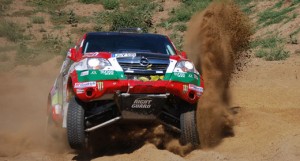 This weekend, 11-13. May Kapuvár (Hungary) will be a place for a huge event with the championship of four countries and it will be also a part of CEZ Trophy. The winner of the Rábaköz Cup can start on the Russian Silk Way Rally in July for free.

The XLavina IV. Rábaköz Cup will be an event for Hungarian, Polish, Czech and Slovak rally-raid championship, the number of participants is already over a half houndred. Miroslav Zapletal with a Hummer, Balázs Szalay with an Opel and Adam Malys with a Mitsubishi are the most well-know names, but Porizek (Hummer), De Nora (MPR Mitsubishi), Fazekas (BMW X5), Grajek (SAM) and Miklós Kovács (Scania) will be there also.

The best crew will get on the final podium a lot of cups, double championship points, and a free entry to the bigest rally-raid event of the summer, the Silk Way Rally between 7-13. July. The only exposal of the Russian-French organizer is that the crew must be a new entrant, so this will be his first participation on the Silk Way Rally. Those who want to compete 4000 kilometers in the Russian desert should achieve 500 kilometers in the Hungarian forest this weekend. 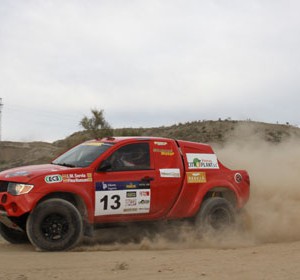 The debut of Josep Maria Servia and Fina Roman could not be better: the couple won the Baja Almanzora. On the other hand,...
Copyright 2011-2016 Rallyraid.net - RISE Network. All Right Reserved.
Back to top