Isabelle Patissier: I dreamed about the Silk Way… 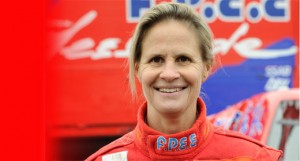 After hearing the entire Dakar bivouac extol the virtues of the Silk Way Rally and its route, Isabelle Patissier decided to take the plunge in 2012 for two good reasons. The first is to discover Russia, while the second is to compete with an all-new machine, born from the imagination of co-driver and husband, Thierry Delli-Zotti. Next…

« My main motivation is to discover Russia, because like all rally-raid drivers, we are more than anything else, enthusiasts and it is still fantastic to travel to new countries and destinations.” confides Isabelle Patissier.

“I have heard so much about the Silk Way that I have actually dreamed about this race: the steppes as far as the eyes can see, the route that apparently continues to get better from one year to the next and most especially the sand and Russian dunes that everyone has boasted about! I can’t wait to discover all this…the discovery aspect has peeked my interest more than performance and results.”

«Having said that, I have not forgotten that we are going to compete in a race! Even more so because we are going with an all-new project”, says the only woman to have won the World Production Cup, in 2004.

“In fact, we came up with the idea following a test in kart-cross. We said to ourselves: ‘we have to preserve this driving pleasure with a lighter vehicles doted with a fantastic engine, but we had to give it some rally-raid endurance and reliability…’ Thierry went to work. It is a very small buggy, based on a Clio RS powered by an 1100cc Honda engine. It weighs just 750 kilograms with around 155 brake horsepower…we have done a lot of tests and development work and it has all gone very well, so we can’t wait to see how it does in competition…”

« And what better rally is there for it to make its debut than the SWR! One week in the steppes and sand, it has to be better than a six hour race, no?” concludes Isabelle Patissier. 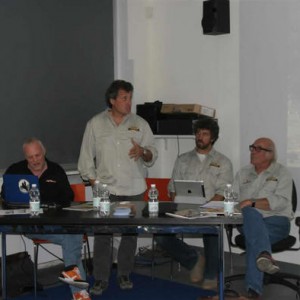 A great success for the press conference that introduce 2013 edition of SONANGOL AFRICA ECO RACE®. Tuesday May 15 at the KTM dealer...
Copyright 2011-2016 Rallyraid.net - RISE Network. All Right Reserved.
Back to top