As a new proof of the importance of the Silk Way Rally in the world of motorsports, the organisers have signed an important partnership with Eurosport regarding the broadcasting of the 2012 edition.

The Silk Way Rally 2012, that will be run between July 7th and 13th from Moscow to Gelendzhik, seaside resort close to Sochi, is definitely the place to be for the mid-season and will be broadcasted on Eurosport and Eurosport 2!
As a matter of fact, the organisers have announced today that they had signed the agreement with the pan-european group Eurosport.  Therefore, close to 200 millions households in 59 countries will benefit from the images of the 4th edition of the Silk Way Rally.

In addition, a partnership was signed for international broadcasting of the race images, with the events entity Eurosports Events, among others promoter and organiser of the international championships of Intercontinental Rally Challenge (IRC) and World Touring Car Championship (WTCC).

The Silk Way Rally will thus benefit from the widest media coverage. Moreover, this guarantees optimal fall-outs for organisers, partners and participants. 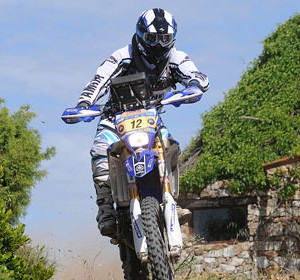 After having communicated the details of the tracks, now it’s time to show you a small “preview” of this exceptional...
Copyright 2011-2016 Rallyraid.net - RISE Network. All Right Reserved.
Back to top