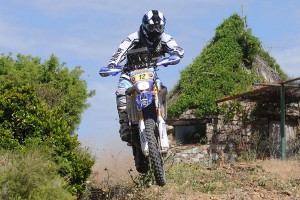 After having communicated the details of the tracks, now it’s time to show you a small “preview” of this exceptional racing set. SRR will also be the turning point of the Cross Country Rally World Cup, and the 2012 edition is launched and has got really good promises. And if Rally promises, Bike Village will keep the promise. That’s the way it has always been and that’s the reason why we can call it the “High Definition” World Rally”.

Two weeks ago we got the confirmation that Cyril Neveu will join the race and now, it’s Stephane Peterhansel’s turn: he will be there again, he will start the Rally invented, and re-invented, by Antonello Chiara and Gianrenzo Bazzu.

The winner of ten Dakars, the reigning champion with his Mini will do another exception to his automotive career in order to ride with his bike the Rally that let him relive his legendary performances with his Yamaha.

The story of Peterhansel’s return proposed last year by Bike Village is renewed and it will also add a little bit of current, technical contents.

Last year Peterhansel gained the fourth ranking of a Rally he started with great caution.

This year the French hyper-champion, well known for his capability in doing only great things, is expected to improve his performances. Why not targeting the podium? Stephane is already working and he is training in Corsica together with Andrea, in order to be well prepared for the event.

For the “young lions” of this discipline, racing together with the Dakar record-breaker will be an honor but also a comparison that might be “embarrassing”. Anyway, Sardegna Rally Race will propose once again the sole “history riding” over two époques of the most important Rallies.

Marc Coma, Cyril Despres, Helder Rodrigues, Joan Barreda, Francisco Lopez but also Jakub Przygonski, David Casteu, Ruben Faria, Jordi Viladoms, Paulo Gonçalves (and we do not have to forget those italians that in Sardegna can be able to undermine the world leadership of the Rally-Raid, like Graziani, Mancini, Zanotti). It’s just a temporary list but it is showing a lot of so important riders who can normally be seen only at the Dakar.

But according to Sardegna Rally Race’s history, the only question that can be asked is: how many (and who?) great riders will be forced to give more way to Stephane Peterhansel and to the living legend he represents? We will see.

If the above is not enough, we can add a “gem”. He will not join the race as rider, but he will be at the start as special guest. He is Tony Cairoli: 2012 SRR paddock has got another chance not to miss! 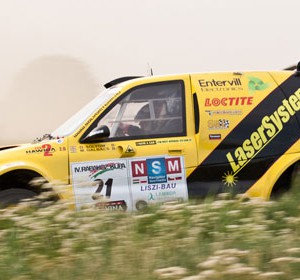