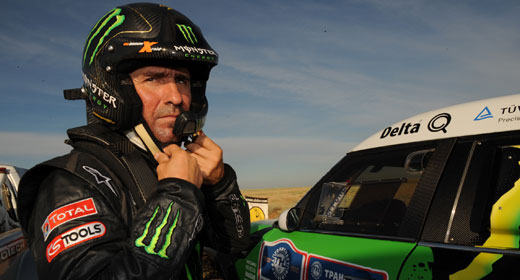 Peterhansel is the currently the most successful Rally Dakar driver. To date, the 46-year old celebrated four Dakar wins in cars and another six on motorbikes. In the 2009 season he joined the Trebur based German squad and raced his debut appearance as X-raid driver in the Baja Spain at the wheel of a BMW X3 CC. In 2011, he celebrated his first win for the team and the first of the MINI ALL4 Racing in the Abu Dhabi Desert Challenge.

X-raid was founded in 2002 by Sven Quandt. Just one year later, the team won the Dakar diesel ranking with a BMW X5 with Luc Alphand. In addition, X-raid won the FIA World Cup five times, in the past years! In late 2010, the team from Trebur surprised the off-road scene with designing and entering the MINI ALL4 Racing. And about a year later, the team rewarded itself for its hard work by the triumph in the 2012 Dakar Rally. Peterhansel and Nani Roma gave the team a one-two, with the other MINI ALL4 Racing drivers completing the great team result by also making it to the top 10.

And now, the Monster Energy X-raid Team and Stéphane Peterhansel want to tie in with this success in the 2013 Dakar Rally. The fifth South American edition of the event will be started on 05th January in Peru’s capital Lima. Following the restday (13th January) in San Miguel de Tucuman, Argentina, the Dakar will be continued to be finished on 20th January in Chile’s capital, Santiago.

“The success in the 2012 Dakar Rally was one of the nicest in my long Dakar history,” revealed Stéphane Peterhansel. “Giving the Monster Energy X-raid Team their first win was something very special. At the same time, this 10th Dakar win in my career took me to a crossroad: should I continue my career or even retire from professional rallying for good? But as I still feel highly motivated and have fun, out there, I’m going again for it with the team, in 2013.”

“We are truly delighted with Stéphane’s decision to remain a part of our team,” said Monster Energy X-raid Team Manager Sven Quandt. “I will never forget the moment when we jointly stood on the podium at Lima, celebrating our triumph in the 2012 Dakar Rally. But now, there’s a lot of work waiting for us. After all, we want to secure another good result, in January 2013.” 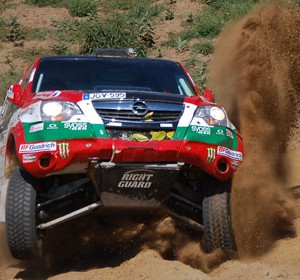 This weekend, 11-13. May Kapuvár (Hungary) will be a place for a huge event with the championship of four countries and it will...
Copyright 2011-2016 Rallyraid.net - RISE Network. All Right Reserved.
Back to top