During the preparation for Baja Carpathia Sólyom Team took the HAWKIA to a test on the day before the journey. The test didn’t begin in a bad way, Olivér almost “flew” with the racing car. Then, during the landing after a jump the rear differential broke with a big bang. Later in the workshop it turned out that there are other problems, too. The differential has been de-toothed and made the half-axles breaking, and moreover, it’s likely that the rear axle has also been damaged inside and with that not much can be done. 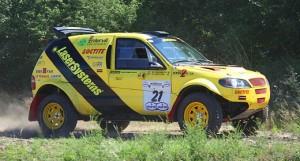 After a quick reconciliation, Sólyom Team decided not to travel to Poland to the Baja Carpathia, because there is not enough time for repairing all the damages.

Olivér Sólyom: “Although the rear differential was a bit noisy at several specials of the rally in Kapuvár, but later the vibration and hum ceased without any intervention. The case didn’t seem to be important. Now we know it was and we should have dealt with it. Apart from this the HAWKIA runs like a dream, it can be handled easily, I put it wherever I want. At the test we managed to find the right setup for the suspension about that I was extremely happy. But the joy was early…” 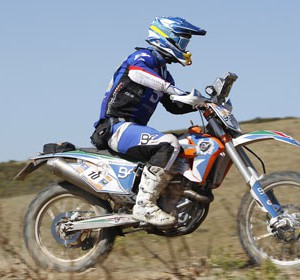 Penultimate day of the Sardinia Rally Race. A single, magnificent special stage of 130 kilometers with start and finish in Arbatax,...
Copyright 2011-2016 Rallyraid.net - RISE Network. All Right Reserved.
Back to top