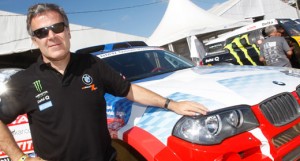 About half a year prior to the 2013 Dakar Rally that will be started in Lima, Peru, the German team will travel to South America to compete in another event: from 23rd to 28th July, Chile’s Boris Garafulic and Argentinean Orlando Terranova are going to race the ‘Desafio Litoral’, a new event on the Dakar Series calendar, at the wheel of two BMW X3 CC vehicles entered by Team X-raid.

Garafulic has been racing motor-racing events just for a few years. In 2011, he made his first appearance as Team X-raid driver and convinced by finishing third in the Rally Morocco. This year, the 48-year old contested his only second Dakar Rally but took his BMW X3 CC to the very fine 11th place in the overall rankings. 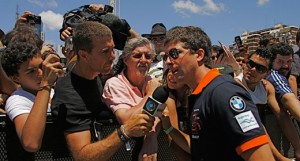 Terranova already started at the 2009 and 2011 Dakar Rallies at the wheel of a BMW X3 CC, for Team X-raid. In 2009, the today 32-year old won the Rally Tunisia, thus becoming the first Argentinean driver to have won an FIA World Cup (Cross Country) event. In 2005, Terranova made his first appearance in the legendary desert rally on a motorbike – to switch to four wheels in 2008.

In May, the ASO announced an additional event to be added to the Dakar Series calendar: the ‘Desafio Litoral’. The newly created rally will be started on 23rd July in Igazua, Argentina, that it famous for its waterfalls regarded as one of the seven natural wonders of the world. From there, the six stages of the event will take the competitors across Paraguay and back to Argentina, with the finish line of the final stage and the entire event that will end on 28th July being located in Resistencia. 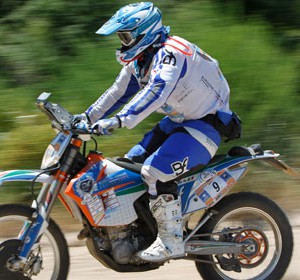 The Sardegna Rally Race is a true, "live" race. No pauses or moments of uncertain effect acting. The Rally invented by Bike...
Copyright 2011-2016 Rallyraid.net - RISE Network. All Right Reserved.
Back to top