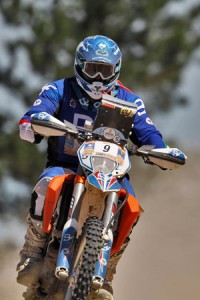 Well, the fifth edition of the Sardinia Rally Race is proving to be exceptionally surprising. But perhaps it is simply very proactive. Two days only have passed, of the five of the race, and every day there is to be congratulated in a different way. Even on the 270 km third stage, monotony and routines are not home, at the Rally Sardinia. The first day Botturi won, thus settling the lead of the Rally; the second Jordi Viladoms and Paolo Ceci won a Special each, dragging the entire Bordone-Ferrari Racing Team to an overall success absolutely outstanding. With an added value: the Team decided to make a quantum leap to each of its pilots. Botturi is a chick (in spite of his hundredweight of grandeur), but is already out of the incubator. Jordi Viladoms has always been strong in Sardinia, but never before he had been leading the race. Catalan, now leader of the general, seems to fly ten inches from the ground. Paolo Ceci, eventually won the second stage in front of Helder Rodrigues and Viladoms. This result speaks for itself.

As we tried to say, with the advance of surprises and novelties, to suffer are the “sacred cows”. Peterhansel, for example, ninth today, misses the stunning clarity with which he took the fourth place last year, twelve years after abandoning the bike in favor of a new, meteoric career in the car. Rodrigues is well away from the podium, and the Italian “classics”, Graziani and Mancini, are nowhere. But the “problem” seems to be that Marc Coma, while the second in general, does not shine for a special sharpening of its knives. You would not believe. But perhaps we should not believe it at all. He certainly does not seem to worry about. He says that two weeks in America for his first Baja California have been tiring, eroding a bit of bite and motivation. But Marc do not say he is worried about, indeed. He argues that even going so slowly (by his point of view), he has never been so high in the standings. Coma certainly showed that his main goal was to avoid the errors of navigation, yet today he was lost in both the first and second Special Test, but he intends to stay smiling, as if everything went well. The cases are two : he likes Sardinia and he loves the the “Sardinia”. And this is certain, however, so we just have to wait until the situation evolves.

Errors, namely navigation difficult. It is the bane of the Sardinia Rally Race. Take the first, long second stage of the Special. 120 km, a cover design, the Moto Club Ala dei Sardi surveiling the entyre track. Perfect. Road Book impeccable explained by Valter Pinna, The Tracer, in all its key points. Yet Riders went wrong in many situations, often driving in errors other riders. Botturi, for exmple, was fast for three quarters of the first Special Test, but, has ruined everything for a onlynote misinterpreted. 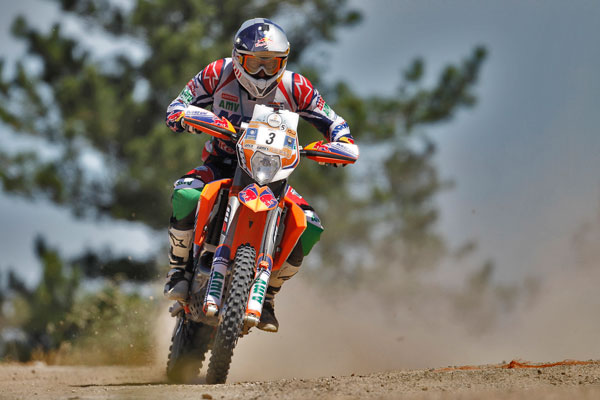 Well, time to speak about Sa Itria. It is a must. The Motorbiles, only refueling is permitted, go to parc ferme, and mechanics, for once “unemployed”, participate in the party of the first half of the marathon stage of the Sardinia Rally Race. The next mechanic service will be at the end of the first special stage of the next, the third in 270-km stage that leads the caravan from Sa Itria Arbatax. For one night only celebration is the must for for everyone, and only pilots who were last year, and those here tonight, they’ll know what the magical atmosphere created at the Sanctuary near Gavoi. 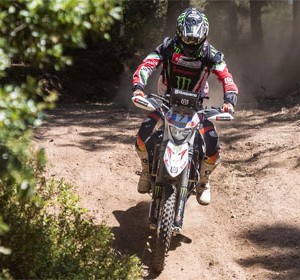 The second day of the Sardinia Rally started with the news for the Husqvarna Rallye Team by Speedbrain that Joan Barreda...
Copyright 2011-2016 Rallyraid.net - RISE Network. All Right Reserved.
Back to top