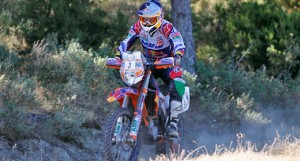 Another day, another story. So is the Sardinia Rally Race. Thatìs third stage, two days to go, and finally “senators” are getting the spotlight. There was to be expected. The hird Stage has been magnificent, albeit halved due to the cancellation of the second special stage in the program. It was a decision that the organizers have believed to be logic and dictated by unavoidable circumstances. Moving forward one month in the year, and forced to enter the full warm season, the Sardegna Rally Race faced the risk of fire, that determines a state of alert and vigilance on the balance of environmental very sensitive areas, such as that which would have to pass through the sixth Special of the original program. That’s how the organizers have decided to discontinue the third stage at the end of the transfer of the first Special disputed.

The reduction of mileage, from 270 to 210 kilometers, did not lead the equally delicate balance of competitive racing, which has been completely “stuck” on the rails of maximum uncertainty and combativeness. After two stages we have followed the first personal success of Alessandro Botturi first, then the conquer of the leadership when Jordi Viladoms won the second stage. Now is the turn of the third day of competition, which divides perfectly into two halves a very exciting Sardegna Rally Race, that is is marked today by the return to Marc Coma’s victory and by the second place of Stephane Peterhansel. The champions of reference of two distinct periods of the history of Rally-Raid broke their delay sending themselves in a thrilling scene. Peterhansel started two minutes before Coma, and to reach the French, the Spaniard took almost the entire Special. Only nine kilometers before the end of the seventy kilometers Special Test, Coma reached the idol of his childhood, retracing the metaphor of the alternation between the two generations of Super Champions.

Third place went to Jordi Viladoms, which remains well in the lead at Rally Bike Village. The Rider Bordone-Ferrari Racing Team had a very heavy day. He was intended to leave for the first, open the track to the opponents and, most importantly, minimize the burden arising from navigating with no trace on the track. Catalan has once again proven to be in perfect registry with the Sardegna Rally Race, and retains the lead with a margin that is now reduced to two and a half minutes over the five he had the day before. Third place for Alessandro Botturi that, not committing any error, is now fourth and one place ahead World Champion Helder Rodrigues.

Wednesday, June 27 will be the day of the the fourth and penultimate stage, plotted on a “ring” with departure and arrival in Arbatax. One Special Test only. 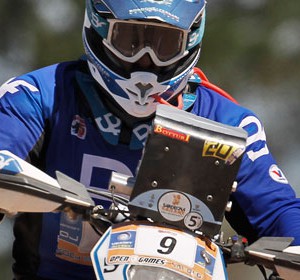 Well, the fifth edition of the Sardinia Rally Race is proving to be exceptionally surprising. But perhaps it is simply very...
Copyright 2011-2016 Rallyraid.net - RISE Network. All Right Reserved.
Back to top