The Belgian Overdrive team will, in fact, line-up for the start in Moscow on July 7 with the promising young Argentinean Lucio Alvarez leading the assault. 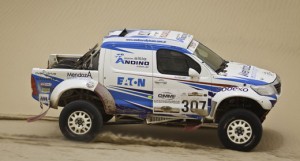 In spite of scheduling conflicts, that first raised doubt over its participation in the 2012 Silk Way Rally, the Overdrive team, today, confirmed its entry in the July race. Although being a late entry, the Belgian team is full of ambition and will enter a pair of Toyota Hiluxs for Frenchman Jérome Pélichet and more importantly Argentinean Lucio Ezequiel Alvarez, who took a promising 5th place result in January on just his second Dakar. The young but talented Alvarez will compete in just his second rally outside of South America with the goal of matching his outstanding second place result in Qatar in May. 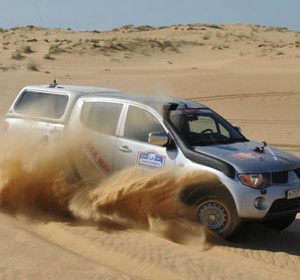 One month before the start in Moscow, the reconnaissance of the Silk Way Rally has ended with success. The forth event will...
Copyright 2011-2016 Rallyraid.net - RISE Network. All Right Reserved.
Back to top