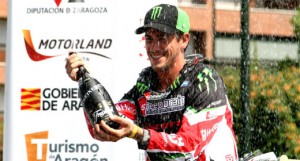 Baja Spain-Aragon finished with few surprises in sports facts and some in the institutional area. The announcement made on Friday about Zaragoza´s Town Hall non supporting the race anymore; was completed today by the consummation of Stéphane Peterhansel, Joan Barreda and Jo Adua´s victories in cars, bikes and trucks respectively.

After his victory, Barreda confessed he hopes “to repeat this success in following years, because this race is undoubtely a worldwide reference that shouldn´t disappear”; while Peterhansel referred directly ro Zaragoza´s Mayor showing his expectations about his rectification. 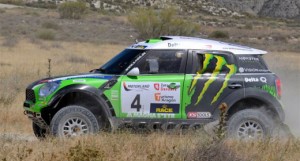 part from this, Peterhansel clinched victory for the third time in his career undoubtely and keeping leadership from the beginning to the end; with a total time of 06:07.20 and an advantage of 5 minutes over the second place, Khalifa Al Mutaiwei. The EAU driver gets leadership in Cross Country World Cup thanks to this result. Third was Russian Vasilyev, while Gadasin was fourth; Romanian Casuneanu was fifth and Zapletal sixth.
French Schlesser couldn´t recover from time loss he suffered on Friday, so he ended in seventh position loosing his leadership of Cross Country World Cup. First Spanish was Antonio Lopez, even if victory in Spanish Championship was for Jose Dinis (because Portuguese take points on Spanish Championship). 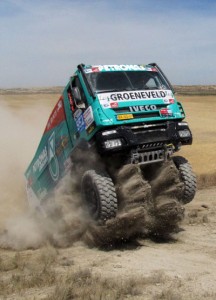 Quads suffered quite a lot in this year´s edition and today both Beto Romero and Mario Gajon had to retire. Final victory was for David Serrano.

In trucks, Jo Adua got the final triomph ahead Elisabete Jacinto and David Oliveras. 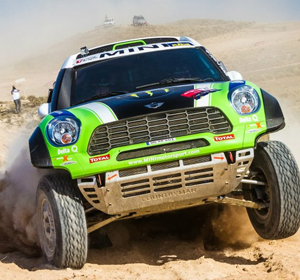 Baja Spain 2012 took today its start in MotorLand Aragon with opposite feelings. On one hand, more then 129 vehicles and best...
Copyright 2011-2016 Rallyraid.net - RISE Network. All Right Reserved.
Back to top