Expectation is increasing for the 30th year of “Pharaons Rally” due to run from October 1st to 6th as the final competition of FIM Cross Country Rally and second to last contest of the FIA World Cup.

Little more than two months to go before this major appointment, thirty years on the scene during which the magnificent race in the Egyptian desert has grown up to become the most significant rally after the Dakar.
The track is ready and also in 2012 this is meant to be the strong point of the organization, six legs and 2800 kilometres across the outstanding deserts of Egypt.

The Pharaons Rally of this coming October is not a promenade, the length and the endeavour of each single day have to be overcome by pilots one step after the other one, in order to arrive at the magic moment of the finish at the Pyarmids of Giza. A real test, an ambitious piece of history among big races.

The 2012 Pharaons has two set bivouacs – same as last year – a structure quite appreciated by pilots and assistants, so that two of the six legs are loops. 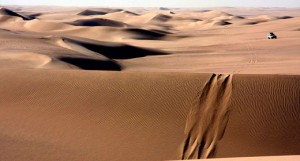 Also this year the superfast ship transport is confirmed, thanks to the Grimaldi Lines, official rally shipper that – together with the Team Shipping Agency – will guarantee the vehicles back to Venice Port few days after the Finish of Pharaons Rally. Motorbikes, as usual, will be delivered directly at the Moevenpick Media City Resort, the same logistics of last year. Also from the attendance point of view, the 2012 Pharaons Rally is already confirmed as a great success. More than one hundred teams are registered, one month and a half before the entries closure. Many top contestants and official teams have confirmed their presence in Egypt while finalizing their participation.

For the time being, the major names among the motorbikes are those of Joan Barreda and Paulo Goncalves, the very tough Team Speedbrain Husqvarna that will find their ideal terrain at the Pharaons race while preparing their next Dakar.

Welcome is the “homecoming” of the Norwegian Pal Anders Ullevalseter, winner of the 2004 Pharaons race, who is back in Egypt after few years, and has in his team the companion Francisco Arredondo from Guatemala. Other remarkable names are Franco Picco’s busy ranks of passionate, to continue with the Boano Team that will assist this year a big group of Japanese riders. Also the Danish Jes Munk comes back well fit for the Egyptian sand, as well as the Venezuelan Team with Eraso, Cardona and Querales. More remarkable names are due to join in along the coming weeks in order to launch the challenge in the Egyptian desert for the thirtieth year in a row. 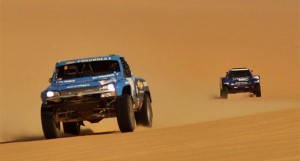 The outline of a crowded rally is taking shape for this coming October, full of champions and amateurs, willing to challenge themselves within a scenery unique in the world, as usual: Pharaons is Different! 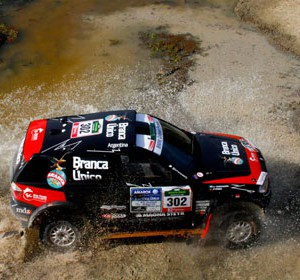 The Argentinean off-road rallying enthusiasts are virtually over the moon as their compatriot Orlando Terranova has won the Dakar...
Copyright 2011-2016 Rallyraid.net - RISE Network. All Right Reserved.
Back to top