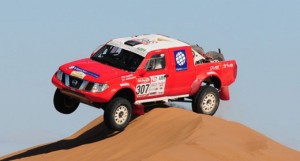 Over 2 months before the closure of entries, the 2012 edition of the OiLibya Rally of Morocco which runs from 14 to 20 October already shows an impressive number of participants. Today, not less than 200 Competitors (140 vehicles), will start running on the tracks in the Moroccan regions of Erfoud and Zagora.

And it’s not over!
Many new competitors have joined the usual participants of the OiLIbya Rally of Morocco. This is particularly the case of RACE 2 RECOVERY team composed of four cars and one truck in race and a full assistance team .

In motorcycle, Officials teams have already confirmed their participation including the KTM official team complete with its two “bosses”: Marc Coma and Cyril Despres and HUSQVARNA RALLY TEAM BY SPEEDBRAIN and these rising stars BARREDA, GONCALVES, PELLICER!
Wonderful surprises are coming later this summer …

RACE 2 RECOVERY : A NEW DIMENSION FOR CROSS-COUNTRY RALLY
Among the important number of non official teams registred in car and truck to the next OiLibya Rally of Morocco, a new type project was born. An initiative came from the other side of the Channel, which aims to offer a new challenge for war severely injured. It’s the goal of Race 2 Recovery. Under the management of Pierre De Frenne (former manager of Team De Rooy and CEO of damper brand Donerre), Race 2 Recovery gathers thirty former soldiers of different  nationalities. All lost a part of themselves in war. A real human challenge! 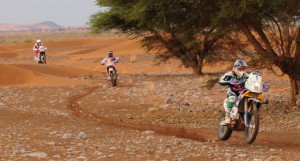 Moreover its two « Bosses » Marc and Cyril, KTM official team confirmed the participation of all their official riders on the OiLibya Rally of Morocco 2012. Beside the factory team, KTM proposes also support for all the amateurs riders powered by KTM, who request it. Depending to the needs of KTM customers, spared parts KTM will be available with the support truck, like thei use to be on the Dakar. 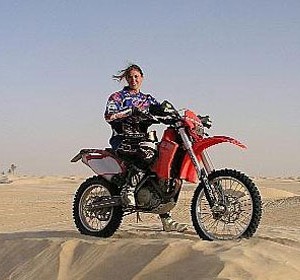 More than hundred of participants have already registered!  While the preferential rates period has just ended, we have...
Copyright 2011-2016 Rallyraid.net - RISE Network. All Right Reserved.
Back to top