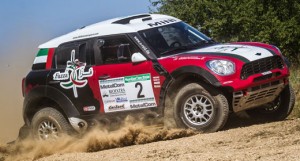 Although it didn’t seem to be the case, at first glance: X-raid could live Hungary in a satisfied mood. Khalifa Al Mutaiwei from Dubai and his German navigator Andreas Schulz finished seventh in the Baja Hungary, the fifth round of the FIA Cross Country Rally World Cup season. A result that was enough for them to gain the World Cup lead. In the third special stage, Jean-Louis Schlesser, the previous World Cup leader, was forced into retirement by a technical failure and consequently, he had to leave Hungary empty-handed.

With distances of about 50 and 70 kilometres, the special stages of the Baja Hungary were short – but extremely demanding. At temperatures of more than 30° C, the competitors had to cope with extremely dry and bumpy track surfaces – that proved to be gruelling for both vehicles and drivers. Following the retirement of Schlesser, Al Mutaiwei opted for taking it somewhat easy. The driver from Dubai didn’t want to take a risk and preferred to secure the points for finishing seventh, instead.

In two weeks time, the World Cup for Cross Country Rallies calendar features the next round, the Baja Poland. 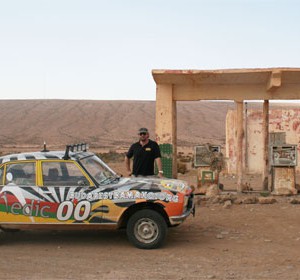 In it's 8th year the world's largest amateur rally, the Budapest-Bamako will return to the African continent on January 25th...
Copyright 2011-2016 Rallyraid.net - RISE Network. All Right Reserved.
Back to top