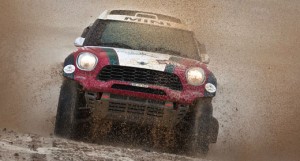 There is a substantial interest from all over the world for the Hungarian Cross-Country World Cup event will be held at the end of August, according to the organizers of the HunGarian Baja they seem to have a new record .

Taking into consideration the preliminary entries and based on the ongoing issues, it is almost sure that an absolute record will be reached at the Hungarian Cross-Country event: taking into account the whole field and the officials, 27 nations – not counting in Hungary – will participate in 2012 HunGarian Baja.

In the last days, current Dakar Rallye winner Monster Energy X-raid Team has announced to participate in the HunGarian Baja. The German MINI ALL4 Racing car will be driven by Khalifa Al-Mutawei – Andreas Schulz in the Fazza Cross Rally Team, who is currently in the second place at FIA Cross-Country World Cup.

A better indicator for the appeal of the Hungarian event is the fact that amongst the world stars, some smaller team – coming from very far – has also indicated their intent to participate in the HunGarian Baja, so competitors from 4 continents will start at the World Cup and European Championship even on 24 August, which event has a unique mixture of titles. 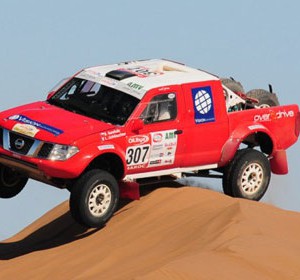 Over 2 months before the closure of entries, the 2012 edition of the OiLibya Rally of Morocco which runs from 14 to 20 October...
Copyright 2011-2016 Rallyraid.net - RISE Network. All Right Reserved.
Back to top