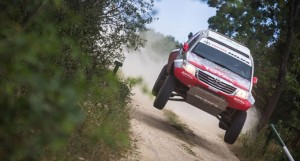 Korda, who finished sixth overall in last month’s Baja Hungary, again teams up with fellow Hungarian co-driver Csaba Fábzán, while Ruta is joined by Sebastien Rozwadowski in a second car.  The Polish duo will run under the Orlen Team banner and join the Belgian preparation team for the first time after the driver tested the car earlier in the season.

“It has been a busy few days since the Hungarian Baja,” admitted Overdrive team director Jean-Marc Fortin. “We are excited to have two cars in this weekend’s race. Szymon will be racing the Hilux for the first time after a successful test in Qatar earlier this year.

“This is a development event for him and he will then be racing in Morocco to gain more experience of the cross-country discipline. It is also great to have Erik and Csaba in the team again and I am hoping for a strong result from them.” 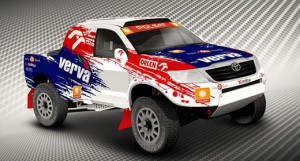 Ruta has competed in the T2 category of the cross-country racing discipline and has also taken part in the FIA European Rally Championship with a Peugeot 207 S2000 on events as diverse as his home Rally Poland, the Madeira Rally, Rally Bulgaria, the Turkish Bosphorus Rally and the demanding Rally d’Antibes Côte d’Azur in France.

Korda set an impressive pace in his home Baja two weeks ago and will be hoping for a top five finish on his second event with the Toyota. He has driven a wide range of cars in cross-country and WRC-type rallies for several seasons and is hoping to gain as much experience in the Hilux as possible before embarking upon a programme of Czech and Hungarian championship events in 2013.

Action gets underway in Baja Poland on Friday evening with the ceremonial start at Soldier Square in Szczecin Bezrzecze at 16.30hrs (CET) and this will be followed by a 12.70km Prologue stage, starting at 18.20hrs.

X-raid travels to Poland with two MINI ALL4 Racing 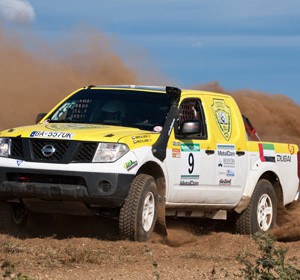