Tracks and dunes await the contenders throughout the 2013 Dakar, but Lima’s beaches will be square one in the South American trek of drivers and their crews. Technical and administrative scrutineering will take place in the Magdalena and Chorrillos districts, which are bathed by the waters of the Pacific Ocean and will also host the start podium.

The heroes of the 2012 Dakar got to discover the Plaza de Armas, right in the historical heart of Lima, last January, and those who heed the call of the 2013 rally have another important appointment in the Peruvian capital. Next January 2–5, the Dakar hits the Eduardo Dibós beach circuit on the Pacific coast. Its name honours a former mayor of the city who also raced cars from time to time!

With its particularly strong Spanish flavour, the Magdalena District will play host to the scrutineering, the parc fermé housing the vehicles cleared to start, and the Dakar Village, where the public will get to share the atmosphere of the rally with the drivers making the last tweaks. On January 5, the stars of the rally will take centre stage for the first time at the starting ceremony in Chorrillos, following a 9 km parade from the Magdalena site to the “fishermen’s district”. Once the podium ceremony is over, the rally will set course for Argentina and then Chile to begin its adventure in earnest. 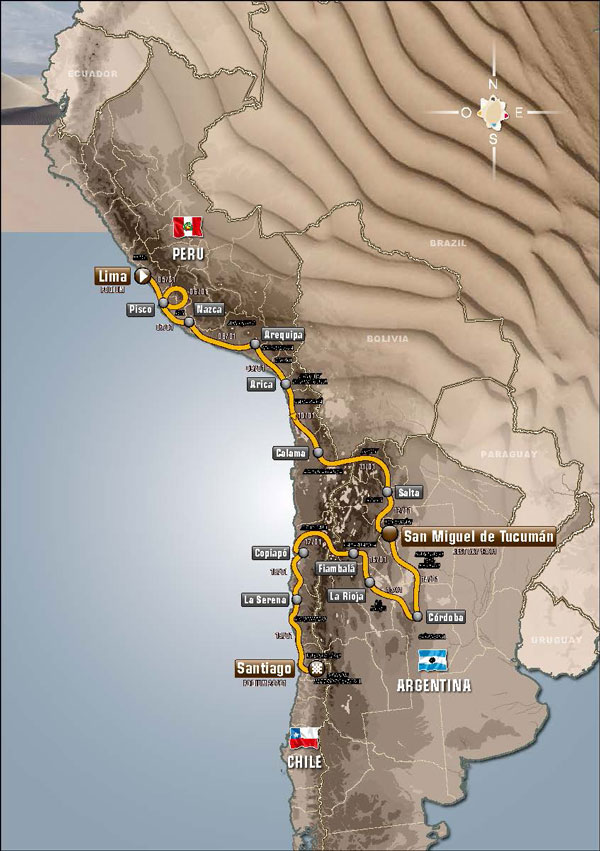 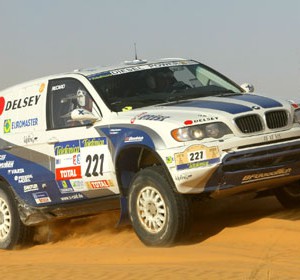 The corks popped, colourful confetti was flying through the air, some 100 cheering team members – and Stéphane Peterhansel,...
Copyright 2011-2016 Rallyraid.net - RISE Network. All Right Reserved.
Back to top