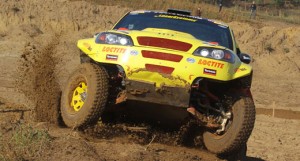 Nagykálló hosted the closing round of the Hungarian Cross-Country Rally Championship on 5-7 October. Sólyom Team took the event as a testing opportunity before the Athens 24 hours race, and according to this, arrived to the South Nyírség area without any expectations. And on Sunday they headed back home tired but in good mood with nice memories and with results beyond expectations.

Olivér Sólyom: “Although we have our share of problems, I really enjoyed this rally. It ran on nice tracks, good pace, at a pleasant venue, I only missed the many naked female fans. What can I say, it’s not surprising that last year it was the rally of the year. It showed us a lot of deficiencies on HAWKIA. And this is good, because we’ll be much better prepared in Athens in November.” 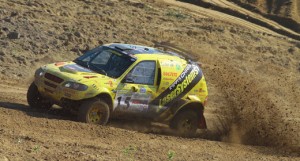 Mátyás Galbács: “The car became faster and this brought some things to light that we have to repair to be able to be fast on the long run. I really liked the tracks, the route and the dynamics of the rally. There were really few naked female fans at the rally.”

At Adrenalin Cup the crew of Sólyom Team, Olivér Sólyom and Mátyás Galbács achieved the 4th place overall and the 3rd place in their category. 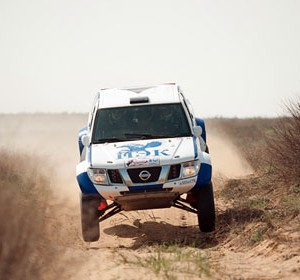 Each year the new teams and crews join the “Rallye OiLibya of Morocco”. Russian team “PEC”, who came in rally-raids...
Copyright 2011-2016 Rallyraid.net - RISE Network. All Right Reserved.
Back to top