The last international news abouth Nasser Al-Attiyah will race in the 2013Dakar with its own team seems almost confirmed. But the first rumors pointed to a team with two race cars, the second car should be as Nasser suport, now on the latest news realize a team with three Race cars. 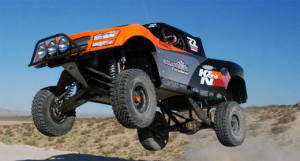 After making several contacts throughout the year, Nasser Al-Attiyah has hired the services of Jefferies Racing Californian company specializing in the off-road buggy´s manufacture to the United States Championship. Nasser has order to building three Buggy´s to be used on the 2013 Dakar January 5, 2013 in South America All these rumors, were coated even more interest when they began to speak in the Nasser team mates. Regarding the latest information, one of these buggy´s will be drive by Carlos Sainz, who should have received VW permitions, as part of the Polo WRC development program. The remaining Buggy will be drive by Thierry magnaldi, former biker rider, who in the past few years has accumulated much experience with kind of buggy´s.

The Buggy´s are very similar´s to the Robby Gordon Hummer, these cars will only have rear wheel drive, and will be fitted with the powerfull V8 engine. Although the Dakar/FIA regulations will eventually have some changes in the team website information about their cars realize that the engines have the awesome power of 735 Bhp.

These cars have almost finished its construction, with the first testing session scheduled for 7-15 November. Carlos Sainz will not be present, as will other existing commitments. 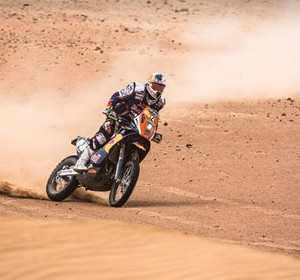 After 6 days of racing, Cyril Despres (KTM Red Bull) has won his 4th Rallye du Maroc, ahead of the Spaniard Joan Barreda...
Copyright 2011-2016 Rallyraid.net - RISE Network. All Right Reserved.
Back to top