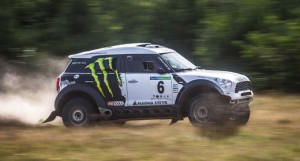 It’s back-to-back action for X-raid, now. Just a week after Khalifa Al Mutaiwei having won in Egypt with his MINI ALL4 Racing, the Trebur based team will contest the Oilybia Rallye du Maroc, representing the final major desert test the team is going to compete in, prior to the Dakar. In the prestigious battle against the heat and the desert, the X-raid colours will be represented by two MINI ALL4 Racing vehicles and a BMW X3 CC. Poland’s Krzysztof Holowczyc and his Portuguese co-driver Filipe Palmeiro will race the white MINI ALL4 Racing, Russian pairing Leonid Novitskiy / Oleg Tyupenkin are going to drive the orange MINI ALL4 Racing and Chile’s Boris Garafulic and his French navigator Gilles Picard will contest the event with the BMW X3 CC.

For Novitskiy and Tyupenkin, it will be the first joint rally for three years. In 2009, the pairing rolled in the Rally Tunisia and Tyupenkin suffered serious hand injuries. Following his win in the Baja Poland with his MINI ALL4 Racing, Holowczyc is going to race his second event, this season in addition to the Dakar. Meanwhile, Garafulic also travels to Morocco with boosted confidence: In July he came third in the Desafío Litoral held in Argentina.

On Monday, 15th October, the field will start at Erfoud into the six-day rally that features a total mileage of 2074 kilometres, with 1544 of them being special-stage kilometres. Three stages will take the competitors in loops around two bivouacs. The first three special stages will be contested around Erfoud and then, the entire rally train will move on to Zagora. Sandy tracks and navigation difficulties represent the main features of the rally across Morocco. Nonetheless, the competitors also will have to cover fast sections. 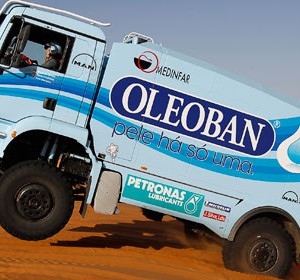 Team Oleoban/ MAN Portugal is getting everything ready for its entering Oilibya du Maroc Rally, which starts on the 14th...
Copyright 2011-2016 Rallyraid.net - RISE Network. All Right Reserved.
Back to top