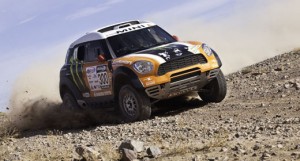 Before the beginning of the most famous sandy race of autumn – OiLibya Rallye du Maroc 2012 the pleasant news appeared – the Russian pilot Leonid Novitskiy will join the Rally on the wheel of MINI All4 Racing and with an old-new navigator Oleg Tyupenkin.

In a season 2012 Leonid took part only in a January marathon “Dakar-2012” where he achieved the highest personal result, finished the 4th in overall classification. This result, and also two winning of the FIA World Cup of 2010-2011 with the X-Raid team made his “golden book” but it was necessary some time to make a next step.

Participation in the Moroccan race which this year registered a record number of participants, becomes for Novitsky an important step to preparation for its seventh marathon “Dakar-2013”. 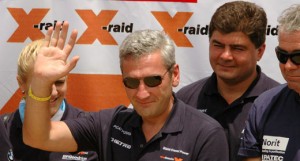 L.Novitsky: «I am very glad to be a part of the main sports events which include team tests within preparation to «Dakar 2013», and also participation in magnificent Moroccan race. During the tests we should work very seriously with new settings and units installed in the cars, checked its efficiency, because here, in Morocco, we have to finalize the composition of the cars for “Dakar 2013”. And on the race I hope completely to enter the race mode, to remember all my driving skills and to make up for the race kilometers passed during a break».

Russian navigator Oleg Tyupenkin will join Novitskiy in Morocco. Russian “duo” worked together until 2009 and had a first top-results in World Cup events.

O. Tyupenkin: «I had very warm memoirs from our first Moroccan race with Leonid in 2008 when we had a great battle with Jean-Louis Schlesser for a victory, and certainly, Morocco will always be associated with the first sands and dunes which we passed on debut African “Dakar”. I am planning to work very carefully in Morocco as 3 years passed from that time, but sure that experience will be the key for a good result».

The sports concept of race this year is based near two cities – Erfoud where the start and first two stages will take place and Zagora for the second half of the route and finish. The total distance of the Rally is 2074 km, including 1544 km of the special stages. 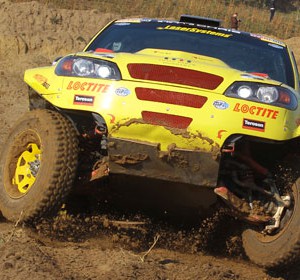 Nagykálló hosted the closing round of the Hungarian Cross-Country Rally Championship on 5-7 October. Sólyom Team took...
Copyright 2011-2016 Rallyraid.net - RISE Network. All Right Reserved.
Back to top