Hometown hero Tavo Vildósola held off stiff American competition this weekend to win the legendary Baja 1000 race on Mexico’s Baja California Peninsula for the second time in just three years. The 30-year-old Mexican overcame the gruelling course and scorching temperatures to win one of the world’s classic off-road competitions in a time of 19 hours, 44 minutes and 51 seconds. 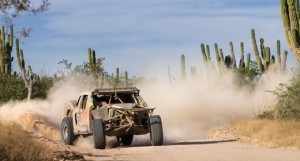 The 298 drivers competing in this year’s edition of the Baja 1000 found themselves confronted with pretty much everything this energy-sapping course in north-western Mexico had to throw at them – from dusty roads littered with huge rocks to soggy swampland and even thick fog. Nevertheless, an impressive 58% still made it across the finishing line, with many trailing in battered and bruised after over 24 hours on the road.

As in 2010, this year’s race was dominated by local favourite Tavo Vildósola. Born in the regional capital Mexicali, Vildósola knows Baja California like the back of his hand and used this local knowledge to set the fastest time of all vehicles in the 2012 event – including motorcycles, which have recorded the fastest time in 36 of the 45 years since the race was first held way back in 1967.

“We are extremely proud, because in 2010 we started at the front and led from mile 150 through to the finish. This time we started back in 25th place and had to fight until mile 1,020. We were fighting and passing all night, all morning – and we finally did it,” said Tavo, who came in 15 minutes and 56 seconds ahead of BJ Baldwin.

Accompanied by his father, Gustavo Vildósola, the Mexican duo then clambered onto the top of the victorious Red Bull truck to wave the Mexican tricolore depicting an eagle devouring a snake, an image so special in the desert of Mexico. “It’s a fantastic feeling,” beamed Vildósola Jr., who has now, along his father, etched his name on the granite history of the world’s most legendary desert race. 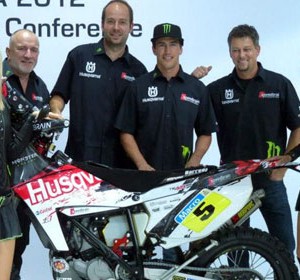 In the Motorcycle Hall of Milan, and surrounded by a tremendous expectation, spanish from Castellón rider showed the media...
Copyright 2011-2016 Rallyraid.net - RISE Network. All Right Reserved.
Back to top