In the Motorcycle Hall of Milan, and surrounded by a tremendous expectation, spanish from Castellón rider showed the media his new Husqvarna TE 449 RR by Speedbrain. 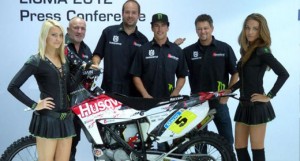 Barreda was very satisfied with the work done by the Italo-German brand, and highlighted the great progress made in the new frame and the engine, which he described as “very powerful”.
The HUSQVARNA RALLY TEAM by Speedbrain, led by manager Wolfgang Fischer, has entrusted the technical side to Stefan Krause, with the support of the Project Manager of BMW-GROUP “Berti” Hauser, also Project Manager at BMW team in Championship World Superbikes.

Joan Barreda, recent winner of the Rally of Egypt and second in the Rally of Morocco, will lead a team that also will join the portuguese Paulo Goncalves and australian Matt Fish, a fourth driver will join the official structure in the month of December .

Joan Barreda: “The objective: I can say that in the lasts Rallyes we could deal directly with our adversaries and contrast better the potential of our bike. Now we’re not really at a disadvantage compared to others in any way, so we should aspire to victory. Not easy, but its the ultimate goal of our project.” 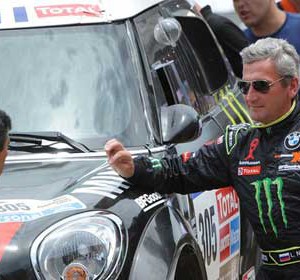 Monster Energy X-raid line-up keeps on growing The MINI ALL4 Racing vehicles once again will turn the desert into a colourful...
Copyright 2011-2016 Rallyraid.net - RISE Network. All Right Reserved.
Back to top