Jordi Viladoms insured his place in the Dakar through a double agreement. The Catalonian rider who owns the second place in the Cross Country Rally World Championship will use a Husqvarna bike provided by Speedbrain, and will have the support and technical assistance of Tamarugal XC.

Speedbrain is the official team in charge of taking Husqvarna to the Dakar, and will be responsible for the participation of the rider in this year´s rally raid challenge between Peru, Argentina and Chile.
Jordi Vilamoms is quite glad to be able to ride a Husqvarna TE449RR by Speedbrain and shares that “it is a bike that has come through an incredible evolution during the year and I am convinced that its performance will be successful.”
After the agreement with Speedbrain, “the second goal was to find a team that would provide me with assistance service during the whole race and Tamarugal XC was presented as an outstanding opportunity to achieve it.” 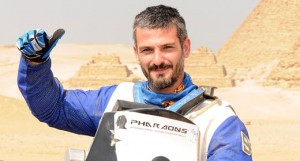 Tamarugal XC is one of the most important extreme sports team in South America and among the main events they participate is the Dakar. The “yellow jackets”, name received by the color of the team, know well the settings of where the hardest rally raid race of the world takes place. Talented riders such as the Prohens brothers, Daniel Gouet, Claudio Rodríguez, Jorge Villagra and even Chaleco López are part of this important team.
Viladoms also comments that “since the first day, Tamarugal XC was excited with the possibility to cooperate in a common project for the Dakar 2013. Until now, they have done everything possible, taking into account the short amount of time to organize the structure.”

Viladoms is thankful for the cooperation of Tamarugal XC and Speedbrain. “I knew it was going to be complicated to arrive to the Dakar, so all I can do is to thank for their cooperation in such a short time. I hope to be able to give back this help through results. I am sure that with the bike and the assistance my goal gets closer. But the work is not done, there are still many things to do before the Dakar, and one of them is to keep looking for sponsors that want to hop into the project,” states the rider.

Mitsubishi at the heart of the Dakar

Ervideira: New designation at the 25th anniversary event of the SAR – Motoring Section 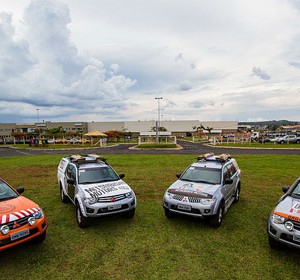 Mitsubishi at the heart of the Dakar

An official Dakar supplier, Mitsubishi will be the best represented brand on the rally, with an impressive fleet of vehicles...
Copyright 2011-2016 Rallyraid.net - RISE Network. All Right Reserved.
Back to top